By Sarah Wrack and Becci Heagney, Socialist Alternative (our sister organisation in England, Wales and Scotland)

People in Plymouth and across Britain are shocked at the devastating and tragic mass shooting which took place on 12 August. 22-year-old Jake Davidson shot and killed five people – his mother Maxine Davidson, followed by seemingly randomly selected victims Lee Martyn and his three-year-old daughter Sophie Martyn, Stephen Washington and Kate Shepherd. He also injured another two people in the 12-minute shooting spree, before turning the gun on himself.

One of the most disturbing revelations has been Davidson’s support for violent misogynistic online groups which describe themselves as ‘Incels’ – involuntarily celibate. Estimates put the number of people in the UK who adhere to this kind of ideology at around 10,000 – and 100,000 in the US, where there have been a number of similar killings in recent years. This is a serious concern for all women and gender non-conforming people especially, but also for everyone who opposes sexism and the far right, and for ordinary people in general.

Questions have been raised about how he had a gun licence, particularly when it was removed from him last year following an assault. It was returned after he attended an anger management course. There has been an investigation launched into the so-called ‘Independent Office for Police Conduct (IOPC) into this. In England currently, anyone can apply for a licence as long as they are judged by the police that they have ‘good reason’ to own a gun and are not planning to use it for criminal intent. The IOPC cannot be trusted to investigate this truly independently – this is the same office that investigated the police’s violent response at the Sarah Everard vigil earlier this year, only to find that the police did nothing wrong.

There have also been important questions raised over the way in which the police rushed to state that it was not an act of terrorism, which they did before any other details were released. What was this based on? Presumably, at least in part, on the colour of Davidson’s skin. Other mass killings which have taken place in recent years, such as the London Bridge attack in 2017, were quickly described as terrorism. Many have called for this shooting and other ‘incel’ or violent misogynistic attacks to be classed as terrorism. Interestingly a local resident said to Home Secretary Priti Patel “This is our 9/11”.

However, we should be clear that what category of crime this is doesn’t change the outcome or make it less likely – that requires broader changes in the type of society we live in. And if the aim of those making these calls is to increase state surveillance and police powers, this would be a mistake. We should have no confidence in the police to use those in a way that is either effective or safe for the majority of ordinary people. Instead, experience shows that any such increase in powers is used against workers, activists, and disproportionately against people of colour.

It appears to be quite clear from Davidson’s online activity that he had a deep hatred of women, describing all women as “arrogant beyond belief”. He described Maxine as a “vile dysfunctional chaotic mother” and blamed her for the problems he faced. He also attacked single mothers more generally. The Incel ideology is based on hostility towards those seen as successful in life, particularly in romantic and sexual relationships, and particularly women – often blaming women for problems ‘Incels’ face. Davidson’s ideas were typical of the Incel movement, but in reality, reflect wider trends too. He expressed feeling entitled to a girlfriend or to have sex with women, blaming women who didn’t want that with him, seeing this not as just a choice or a right that women have but as an example of how women “treat men with zero respect or even view them as human beings”.

Davidson was also angry about other issues, saying he felt “beaten down” and “defeated by life”. Some are linking this to the experience of lockdowns, where many people have become isolated from people around them, and to the lack of mental health services available. But of course, while mental health struggles have been hugely exacerbated by the pandemic, the vast majority of those experiencing this would never harm anyone; this tragedy is primarily a consequence of violent and reactionary ideas.

That’s made clear by the fact that the Incel movement was growing before the pandemic. The sense of deep alienation from society felt by many under capitalism is a much longer-standing issue, based on the inequality and exploitation of the system, but also its reliance on individualism which purports that people are wholly responsible for their own ‘success’ or ‘failure’. The only system that can provide the conditions for the growth of these repulsive ideas is one that ridicules the poorest and most vulnerable, glorifies abuse of power, stokes a constant race to the bottom in jobs, pay and conditions, and promotes every possible idea that gets one section of the working class to turn on another. This is capitalism.

Violence in general is also glorified and promoted under this sick system – particularly male violence, linked to distorted ideas of masculinity, power and control. It is understood that Davidson was also a supporter of Donald Trump, the US National Rifle Association and the Libertarian Party in the UK. Online he was a member of forums which discussed gun ownership and ‘liked’ videos and posts which glorified mass shootings. Davidson’s killing spree was itself praised by Incel members online in the days afterwards. The links between many Incels and other reactionary ideologies – ranging from the racist and fascist far right to right-wing political Islam – are not coincidental. All right-wing ideas lead to, or are at least in part based on, sexism and misogyny.

Violent misogynistic ideas don’t fall from the sky, or originate in someone’s head from nowhere. Sexism is woven into the fabric of class society. It persists – despite big advances for women in many areas of life, and a growing repulsion with all forms of oppression – because the system needs it and propagates it. The persistence of the oppression of women and the ideas that flow from it are the basis from which it’s possible to pay women less than men, to have women carry out jobs in the home for free that should be paid, and to keep divided those who have the biggest common interest in overthrowing this rotten system. We need to be organised against every instance of sexism – the inspiring women’s movements that have taken place around the world in the last decade show an appetite among working class and young people and women to fight back against the ideas of misogyny and oppression.

Versions of these ideas – though sometimes less extreme – are very often echoed by those in power. Think of Boris Johnson comparing Muslim women who wear the burqa to bank robbers and letterboxes or saying that Malaysian women only go to university to find a husband, for example. The Tories’ stoking of so-called ‘culture wars’ (totally acceded to by Starmer’s Labour Party) has played a big part in not only whipping up racism and sexism but also reinforcing the idea that the main division in society is between, for example, Leave and Remain voters, the North and the South, the ‘patriotic’ and the ‘woke’. Instead, the division which really matters is between the tiny super-rich elite which controls the vast majority of wealth and power in society, and the rest of us – the working-class majority. Only by fighting for a united movement of all working-class and young people for socialist change – democratically using the resources of society to provide a decent life for all – can we undermine all right-wing ideologies and bring about a future where violence and hate have no basis to continue.

"Summer of Soul (…Or, When the Revolution Could Not Be Televised)" review 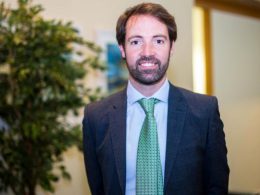 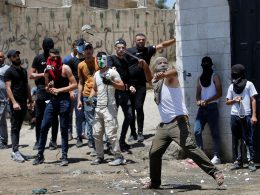 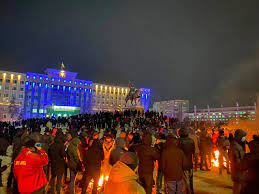