By member of Socialist Alternative, our sister organisation in Canada

The hottest place in Canada, Lytton BC, has burned to the ground. The mayor of the small village in the Fraser Canyon said “it would be a miracle if everyone made it out alive.” On the evening of Wednesday, June 30, smoke was spotted, and 15 minutes later a full evacuation order was issued as the fire spread across the whole town. The next day it was reported that 90 percent of the town has burned.

Lytton was home to about 250 people, with about 1700 living in the surrounding area and Nlaka’pamux nation reserves.

It’s impossible to overstate the massive scale of this increase: world temperature records are almost never broken by more than 3 degrees at a time! But of course, this is only going to become more commonplace if the capitalist class continue down their present path of spewing CO2 into the atmosphere. The climate disaster is here and now, and very real.

The whole west coast of the continent experienced a devastating heatwave this week. In BC, at least 486 people died suddenly in a five-day period, almost triple the normal average. This may be an underestimate because the numbers are changing rapidly, and more sudden death reports are expected to be working through the coroner service’s system. The scale of this is totally unprecedented. For context, there had only been three heat-related deaths in the past five years according to the Chief Coroner Lisa Lapointe.

First responders have been totally overwhelmed, and according to some “the healthcare system has collapsed.” Paramedics reported responding to calls hours after people had dialed 911, having been in cardiac arrest so long that there was no chance of survival. There are reports of paramedics responding to multiple calls at a single care home, and discovering additional patients deceased but for whom no call had been made. Firefighters were loading people into taxis in desperation for the need of an ambulance. For hours at a time, the number of calls on hold waiting for paramedics was over 250, smashing the previous record of 96 set during the 2011 Stanley Cup riots. In one harrowing story, Vancouver firefighters report attempting to perform CPR on a person outside their firehall. Their family had brought them to the hall after waiting for over two hours for an ambulance; sadly, they were not able to be resuscitated.

BC’s paramedic service was underfunded for years under the right-wing Liberals; it is still short-staffed. First responders and dispatchers have been stretched for several years as the opioid disaster mounted, then on top of that has been over a year of COVID. They are stretched, stressed, and exhausted. The heatwave of last week stretched them and the system beyond endurance. How long will the province rely on the dedication and self-sacrifice of workers trying to fill the gaps in the systems?

At a recent news conference, BC’s NDP Premier, John Horgan, blamed all these victims and their families for their fates. “The public was acutely aware that we had a heat problem,” he said. There was a “level of personal responsibility” people had to take to protect themselves, and “fatalities are a part of life.” It is difficult to comprehend the cruelty of such comments or how out of touch they are with lived reality. He is implying that being working class and poor is due to a lack of “personal responsibility.”

A heat map of Vancouver shows that the more working-class inner-city and southeast are hotter than the leafier west side homes of the more affluent who can afford a two- or three-million-dollar house. Many low-rent apartments have no air conditioning. Horgan has since walked back his remarks, faced with a wave of outrage. But what exactly could families have done to better prepare their elderly loved ones for a two-hour delay for a paramedic? Why should people assume that the ambulance system is broken?

It’s the Premier who had the responsibility to prepare emergency services for this predictable crisis. The heatwave was accurately forecast, the province knew it was coming, and yet nothing was done to prepare for the surge in calls.

Do these human beings with families, lives, history, and potential have to accept their deaths as “a part of life” so that the economic gears of capitalism can continue to grind, creating ever greater crises, while the rich and powerful live in safety and comfort? Will Horgan raise the minimum wage to $20 an hour so the “essential workers,” so praised a few months ago, can afford air conditioning?

More fundamentally, what is happening to the climate of BC that people in Vancouver need air conditioning? Why was there a heat wave of such intensity? What are the BC NDP and the federal Liberals doing now, today, to stop climate disaster? They are heading in the opposite direction. BC is giving billions in subsidies to export fracked gas to burn to add to climate change. The Liberals are pushing ahead with the Trudeau Memorial pipeline to export bitumen to burn to add to climate change. CO2 released anywhere in the world impacts BC’s and Canada’s weather.

The heat dome has moved away from the coast and is now baking BC’s interior and the prairies. Wildfires are exploding across BC and will soon erupt in the prairies. Canada faces a summer of fire and furnace weather.

The working class and youth are increasingly seeing the need for urgent action. These crises will never end without a complete change of the economic system, which can only be achieved by independent mass organization. It’s not sufficient to keep waiting for incremental reform which, in any case, never comes. The time for compromise has long passed. The rich know who their friends are in the class war, it’s time the working class does too – lives quite literally depend on it. 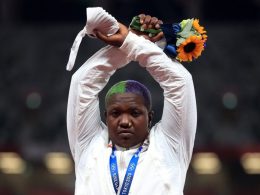