For the Government, the loss of Fine Gael’s seat in Dublin Bay South to Ivana Bacik of the Labour Party was a notable defeat. Fine Gael hoped the party and government would gain a bounce in the polls because of the vaccine rollout and a potential feel-good factor arising from the ending of severe lockdown measures. This rationale ignores the profound anger that exists among working-class people, and even many middle-class people, over the scale of the housing crisis, low pay and precarity, and the cost of living generally.

The first preference vote for the government parties in percentage terms was just over 37%, down from 64% in the general election in February 2020, less than 18 months ago. Government TDs have been quick to point out that parties that are in sitting administrations rarely do well in by-elections. However, the scale of the collapse in the vote for the Greens, and particularly Fianna Fáil, is what has made this election noteworthy.

Fine Gael attempted to pose the by-election as a clear competition between themselves and Sinn Fein. This is part of their strategy of attempting to polarise politics between themselves and Sinn Fein generally, and in the knowledge that the composition of the constituency made it unlikely they would lose such a contest. This strategy was dealt a fatal blow by The Irish Times publishing a poll showing that this was in fact not the case.

They continued to pursue it anyway until the very end, warning of the dangers of a high turnout in “Sinn Fein” areas, i.e. working-class communities, an hour before polls closed. This crass dog-whistle politics is indicative of the culture of social snobbery that exists within Fine Gael and its contempt for working-class people. The campaign saw it seek to deflect criticism for presiding over the development and deepening of the housing crisis over the last decade by attacking councillors voting against the selling off of public land to private developers as if this and not the policies of successive governments that prioritise developer profits over public need is the major cause of the housing shortage.

For Fianna Fail, it was a historically poor performance, in which it registered the lowest vote it ever achieved in a Dáil election. This will add to the sense of existential crisis for the party and intensify pressure on Micheál Martin as leader. It reflects a general and historic downwards trend in their vote and the by-election result comes weeks after Fianna Fáil TD James O’Connor described the party as being both “toxic and irrelevant” to young people.

Ivana Bacik’s high profile and connection to causes such as abortion rights helped her greatly in the election. Her win will be used by the establishment which is desperate to revive the flagging fortunes of the Labour Party. However, it’s unlikely that this win under quite specific circumstances can be repeated more broadly. Dublin Bay South as a constituency is not representative of the country. While it contains significant working-class areas and is home to large numbers of renters, many of whom are not registered to vote in the constituency, the majority of the electorate is drawn from the middle class and upper-middle class. Hence the Fianna Fail candidate was a landlord and a barrister, and the Fine Gael candidate was a barrister whose parents are both Supreme Court Judges.

Bacik is herself a barrister and professor of law at Trinity College, a thoroughly establishment figure. She is also a case study in the major limitations of her own pro-capitalist, liberal politics. During the 2011-16 government she was the deputy leader of the Seanad. While this allowed her to escape the level of scrutiny that would accompany prominent Labour members in the Dáil, she was a consistent and dependable supporter of the austerity measures of that government, including on issues such as cuts to lone parents. She only broke ranks to oppose the proposed abolition of her own job in the undemocratic and elitist institution of the Seanad. Even the policies she herself campaigned on demonstrate these limitations. She had no orientation towards building a mass movement to win repeal of the 8th amendment and pro-choice legislation, never mind direct action measures such as those carried out so effectively by ROSA. In fact, during its tenure in power, Labour and Fine Gael, introduced a 14-year prison sentence for those who got an abortion in Ireland.

Ahead of the 2016 election, Bacik helped craft a proposal from Labour Women to replace the abortion legislation. This limited the scenarios that abortion could be obtained to four separate categories: risk to life, risk to health, rape, or fatal foetal abnormalities. That such a proposal, which excluded the majority of women requiring abortion, could be made in the midst of a major campaign for bodily autonomy illustrates the restricted horizons of the politics she represents. The paper boasted about how “sensible and moderate” and “conservative by European standards” it was. Thankfully, the culling of Labour’s representation in the 2016 election greatly reduced their importance regarding what should follow the eighth amendment, and such demands were overtaken by events as the capitalist establishment was forced to concede to the enormous pro-choice sentiment in society.

Sinn Féin ran a high-profile candidate in former MEP Lynn Boylan. She had a decent performance and received much the same percentage they did in the 2020 election. Attempts at expansion beyond this failed. The election saw some kite-flying around Sinn Fein’s desire to become “respectable”. During the campaign, Sinn Féin TDs walked out of a vote in the Dáil on the retention of the Special Criminal Court. The SCC was originally set up to allow the state to prosecute republicans on the word of a member of Gardaí without needing to convince a jury. Despite this, Boylan stated that she supported “all the courts” during a debate on RTE’s The Week in Politics. This is a clear signal that Sinn Féin is eager to prove itself to the capitalist establishment and the upper-middle-class sections of the electorate, and will move further to the right as it comes closer to government power. This is ultimately the logic of their acceptance and support of the capitalist system and state.

Of the smaller parties, there were no notable breakthroughs. People Before Profit ran an energetic campaign on a left programme but were undoubtedly squeezed by Sinn Féin, though its vote held up on previous elections in that constituency. Two candidates from the far-right failed to gain traction. This was a welcome rejection despite the fact, at least in the case of the National Party, they put significant resources into the contest.

The by-election was a snapshot of public opinion in one largely affluent constituency. Nevertheless, the results have come as a blow to the government parties who used to perform comfortably in these areas. However, as we come out of the pandemic and deal with its after-effects, that’s when the real crises will come about for the government, both politically and economically. Who pays the price for the crisis of the last year and a half will be the crucial question, around which major social explosions can detonate if working-class people are expected to bear the brunt.

This will pose the necessity for a working-class fightback and the building of a powerful socialist and anti-capitalist force in Irish society and beyond.

An ignominious end: US imperialism withdraws from Afghanistan 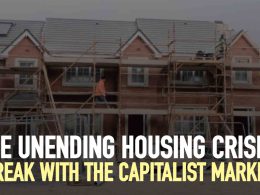 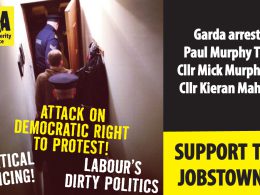