IT’S NOT YOU, IT’S CAPITALISM!

We live in a world of crisis and inequality because capitalism puts profit before all else, no matter the consequences. For example, Big Pharma’s patents on Covid vaccines (protecting intellectual property rights) means hundreds of thousands will needlessly die in the poorest countries.

During the pandemic, while workers have faced economic dislocation or risked their lives doing essential work for meagre wages, the super-rich have never had it better. The combined wealth of billionaires has risen by $5 trillion in the last year — to a total of $13 trillion!

EXPLOITATION: Jeff Bezos’s personal wealth (made off the back of his exploited workforce on poverty wages, timed toilet breaks and work-till-you-drop regimes) could pay for the full vaccination of two-thirds of the planet.

INEQUALITY: Less than 1% of Africa’s population has been vaccinated, and 12 of the world’s poorest countries had not delivered a single shot by May 2021.

OPPRESSION: The capitalist class has a vested interest in fostering division — it uses sexism, racism and transphobia for this purpose, such that oppression has been stitched into the fabric of the system, e.g. women’s unpaid labour annually is worth $10.9 trillion!

BRUTALITY: Despite millions suffering and dying due to the virus, last year capitalist governments spent almost $2 trillion on weapons and war, setting a new record. These weapons are used by states like Israel, who with the backing of the US and others, has carried out numerous massacres of the people of Gaza since 2008. It implements a regime of occupation, dispossession and apartheid against the Palestinian people.

From the #BlackLivesMatter uprising after George Floyd’s murder; to the Ni Una Menos mass movement involving millions against femicide and for abortion rights in Latin America; to the Palestinian masses who went on strike against the latest Israeli war machine onslaught on Gaza; to the phenomenal Debenhams workers whose fighting spirit maintained over a year of pickets against corporate greed; it’s solidarity and struggle that the seeds of the radical change we need are planted.

“NOTHING TO LOSE BUT OUR CHAINS”
— Young People Want Change

Young people have been at the forefront of social movements, from repeal & LGBTQ rights, to climate strikes, to BLM. With capitalism’s housing and environmental crises literally robbing us of our right to a future as we navigate unemployment, exam stress, lack of access to mental health services, and precarious jobs (under 25s are six times as likely to be in temporary work), we have nothing to lose, and everything to gain in getting active for change. A global crisis and system requires a global response — and young people in the Socialist Party are organising as part of a worldwide socialist movement with International Socialist Alternative (ISA), for precisely this — Join us today!

We’re not outnumbered, we’re out organised

The collective struggle and solidarity of the working class, poor and oppressed is the most powerful antidote to capitalist greed. We make the world turn, and if we strike together it stops. If organised around the socialist alternative we can use this power to change the world. The social misery and ecological catastrophes that capitalism has in store makes this an urgent task.

Such a movement from below would challenge the private ownership of society’s wealth and resources, and would fight to take the key levers of the economy — the big banks and corporations — into democratic public ownership, as part of a plan for the economy run by and for the working-class majority, not a super-rich elite.

Join International Socialist Alternative today, because as Malcolm X said, “People in power have misused it, and now there has to be a change and a better world has to be built.” 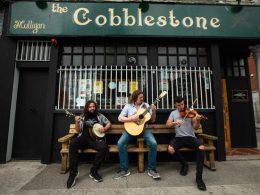 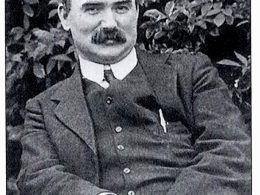