It can take the passage of time, years in fact, to have a sense of a particular strike’s place in history. Among trade unionists, socialists, activists, and sometimes the wider working class, disputes such as the six-month-long strike of An Post workers in 1979, the Clondalkin Paper Mill occupation in 1983, and the Dunnes Stores Anti-Apartheid Strike of the mid-eighties survive to this day as historical reference points of hard-fought struggles, some victorious others not.

It is already clear that the Debenhams strike will likewise survive for years to come in the folk memory of the working class in this country. The commitment of hundreds of predominantly women workers across the 11 stores to sustain a struggle for over a year in the context of a lockdown, deploying many tactics in the process — pickets, marches, occupations, rallies — adapting to the Covid restrictions and keeping the issues firmly in the news and on political agenda is nothing short of remarkable and deserves to be celebrated.

The threat of injunctions, court appearances, and possible convictions for contempt of court did not deter the maintenance of militant pickets. In the end, the only recourse left to the liquidator was to rely on, with the consent of the Government along the way, upon the brute force of the state in form of the Gardaí to get the stock removed rather than go down the route of bringing workers into court for breach of an injunction which had the potential to mobilise widespread support from working-class people and become a big political controversy.

The determined way the Debenhams strikers conducted their struggle has actually facilitated the learning of valuable lessons for the entire working class about the true nature of class society under capitalism. These are lessons that would not have been fully brought home had the lack of a fighting, campaigning approach of the leadership of MANDATE strangled the prospect of a struggle in the first place, or killed it off at an early stage as happens in other workplace disputes.

Any pretence on the part of the establishment that we live in some kind of rules-based society where the laws are applied evenly in the end, had to be totally dispensed with in order for KPMG to get their way. Covid restrictions were cited to picketers by Gardaí who were in fact responding to a breach of those very restrictions by KPMG hired scabs with the prior complicity of the self-same Gardaí!

The value of recalling the fighting spirit of the Debenhams strikers can serve as an inspiration for other workers in the future confronted with threats to their jobs or working conditions. However, there are additional valuable lessons to be learned about why the struggle concluded with a settlement that is below what the workers fought for and deserved.

Again it needs to be stated that this is no reflection on the workers and their supporters who cannot be faulted for sheer effort, defiance and imagination in keeping the struggle going. Indeed, even the deal that was accepted in the end, paltry and all as it is, is more than what the workers were told was possible at the outset by some.

Rather, a number of bigger factors were at work. Naturally the liquidator and the government were resting upon the fact that the law did not provide for meeting the demands of the workers, and they both hid behind a court-supervised process. This meant that a particularly high threshold of industrial and political leverage was required to force the government to broker an acceptable settlement with all the rule changes required.

On the political front, the radical left, within which Socialist Party members and its public representatives, including Solidarity TD Mick Barry and former TD Ruth Coppinger, were particularly distinguished, using all the experience and resources we could throughout the year-plus to assist the shop stewards and workers to run their own struggle.

Other political forces, Sinn Féin in particular, which is far greater in size and resources than the radical left, while supportive of workers, could have done a whole lot more throughout to assist the struggle. A factor inhibiting Sinn Féin and others is their close relationship with the MANDATE officials and a section of conservative trade union officialdom in general. They share with  those officials an extremely limited view of how far workers can go in waging a struggle, which  led to a reluctance to back the initiatives and stands taken by the workers that did not get official MANDATE backing, or were at odds with the advice of the officials. Fundamentally, they do not have confidence in the power of active working class struggle to bring about meaningful and real change.

The biggest shortfall in the struggle was the role of the official trade union leadership, both at the level of MANDATE and ICTU. There was some impressive solidarity from individual trade union branches and financial support agreed at various union conferences and executives that was very welcome.

However, had a call come from either MANDATE or ICTU for big turnouts at protests and pickets (when Covid regulations allowed), or had there been a retail sector-wide ballot for even a half day or day of strike action, or had they consistently agitated on the airwaves for a decent settlement it could have made the difference in exerting sufficient pressure on the government and the liquidator to settle on decent terms.

Moreover, the recent picket lines that were broken up by the Gardaí could have been better defended had a call come from MANDATE or ICTU for people to turn out in numbers sufficient to have made it impossible for the Gardaí and the liquidator. The successful pickets in Limerick showed that with sufficient numbers the Gardaí can be forced to back down.

If court-obtained injunctions and laws such as the Industrial Relations Act (and other laws as they are applied by the Gardaí in industrial disputes) are not challenged and defied then many workers’ struggles are destined ultimately for defeat. The official trade union movement does not want to face up to this reality. Even some trade union officials who recognise that the game is rigged argue against defiance, and in favour of a very long term strategy of legal reforms rather than militant action. The Socialist Party has taken up this argument in some detail in response to a MANDATE official and others who criticised the calls we made for defying the Industrial Relations Act and in favour of escalating the struggle: https://tinyurl.com/bsnjmx.

The Debenhams strikers have earned enormous respect and authority in the eyes of working-class people. The message they can communicate to the wider working class at the end of this struggle can carry massive weight. For example the need to have strong shop stewards who can not just stand up to the bosses but who can also act independently of trade union officials who are not inclined to fight. Also the requirement for those who see the necessity for a fighting trade union movement to get organised now to democratically win positions of influence at branch and executive level within the movement, and for all union officials to be elected and recallable if they do not fulfil their role, and for their salaries to be in line with the workers they represent.

The valuable experience and authority of the Debenhams workers will likely be extremely relevant in the months ahead. The various economic supports the government put in place mainly for business interests will be withdrawn as the lockdown unwinds, leading to an expected wave of closures and layoffs. While it was difficult in lockdown conditions to build an active protest movement on the streets during the Debenhams struggle, such a movement may be possible under different conditions.

The Bill authored by Mick Barry TD to give effect to the changes in the law demanded by the Debenhams workers, ensures that beyond the conclusion of the strike itself there will still be a campaign to be fought which we hope has the active support and participation of as many Debenhams workers as possible.

Likewise, it has been widely remarked by the Debenhams strikers that the whole experience of the struggle has been personally transformational in that they have gained massive insights into how the system works and the need for fundamental change, and many Debenhams workers have with that expressed broad sympathy for the socialist change we fight for. From that point of view a number of workers have either joined the Socialist Party or are giving it serious consideration in discussions with us.

Socialist change means ending the rule of the super-rich and big business who have no compunction about destroying the jobs and living standards of working-class people in order to maximise short-term profit. It means taking job shedding companies, along with the other key resources of society out of their private hands and into public ownership, under the democratic control and management of those who create the wealth of society — workers themselves. We are the ones who know best how to run companies (and everything else society relies on), which can be done best as part of a democratic plan for the wider economy. Only on this basis can we ensure everyone’s needs are provided for and the environment is protected.

If you have not yet had that conversation with us do get in touch. 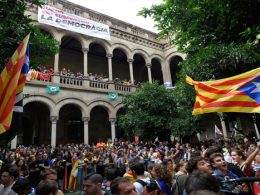 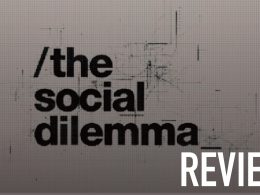