By Mohamed Nawaz, supporter of International Socialist Alternative (ISA) in India- The Socialist Party is the Irish section of ISA

Ordinary people are forced to run from door to door, hospital to hospital in search of basic amenities which should be provided at the earliest opportunity. This is because the economic and political establishment fail the majority of the population. Their policies push people to the brink of disaster. With the small number of available vaccines, and experts predicting a third wave in the coming months, the hope that conditions will get better and return to ‘normality’ remains a distant dream. The fear of an outright descent into health care catastrophe looms over the nation. The only force capable of stopping this is the working class.

Although the fissures in the healthcare sector have long been evident as it has been normal for people to suffer from the sky high prices of private services, the pandemic has clearly exposed the ultimate failures of Indian healthcare.

As the first wave was subsiding, the government launched a farce, claiming the battle against the coronavirus had been won, and it was time for a jolly return to normal times. This veil of pretence was torn off by the second wave of new cases, which has hit India in recent weeks. The current daily tally nationwide stands at 400,000 new cases, with the number of ill increasing by one million every 4 days. The daily death toll stands at over 3500. The real figures are undoubtedly a lot higher than these official figures: in the chaos that is swirling around, reporting is not very reliable.

The warnings of a crisis were visible everywhere. The government had months after the first lockdown was lifted to prepare for the second wave, but years of inactivity in the healthcare sector and general incompetence in developing public services have left the government and the prime minister incapable of dealing with the current Covid menace.

An important spreader of the virus has been the huge political rallies held in states of West Bengal, Kerala, Tamil Nadu and Assam, in which there are state assembly elections due. They have all subsequently seen a spike in infections. The ruling BJP is especially keen on winning ground in West Bengal. Despite warnings the central government decided to continue with the elections. Covid protocols were not followed during the election meetings. This has been a major contributor to the rising cases.

Another major factor was the Kumbh Mela, an annual government organized religious event which was again held despite warnings from health experts. This event acted as a super spreader of cases. Again the hypocrisy of the rightwing BJP is exposed. At the start of the first wave there were a number of Covid-cases in India spread by pilgrims of Tabliqi Jamaat, a Muslim movement. The right wing in India blatantly blamed all Muslims for spreading Covid in India labelling them as “Covid-Jihadis”. This caused widespread stereotyping and hatred between religious communities in India.

The main observation here is that no particular religious group is responsible for spreading the virus, and the blatant blame game by the right wing to make political gains and divide the working class needs to be stopped immediately. The best way to stop division is to fight together for what would make a real difference: massive public investment in healthcare, release of patents and nationalization of the pharmaceutical sector, global democratic planning of all the means that are necessary in the fight against the virus.

While all this was happening in India the Prime Minister was busy giving speeches in the neighbouring country of Bangladesh about his sacrifices to liberate that country and visiting shrines trying to appease voters in India before the upcoming state elections.

Instead of introducing policies aimed at meeting the needs of the majority of the suffering population, the prime minister is trying to cover up the negativity building around him due to the failure of the system he is representing. As anger grows over the government’s approach, the BJP is increasingly resorting to hate speech and attempts to silence all who criticize it.

Plight of the masses

The working class and the poor have been pushed into a situation of complete disaster. There is an acute shortage of beds, oxygen supplies and ICU facilities. People have to run all over the place in search of oxygen cylinders and to protect the lives of loved ones who are dying. The very high prices charged by private hospitals mean that people cannot afford to hospitalise family members and are forced to see them die on roads and at bus stops. The death toll is now so high, that it is getting difficult to find burial spots for the dead. In fact, over 250 acres of land have been allotted for the cremation of bodies in my home state alone. The sound of ambulance sirens and of people crying helplessly at the avoidable deaths of their family members has become a daily occurrence.

The government just never seems to learn from its mistakes with daily wage labourers, such as taxi drivers and brick layers, who live alone in metropolitan cities far away from their poor families and who have been hit hard. They fear unemployment by their private bosses and the risk of bankruptcy of their family amidst talks of a lockdown. A lack of transport facilities mean many workers have to walk thousands of kilometres by foot, often entire lengths of national highways, to get back to their families in their home villages. This is a repeat of those circumstances that occurred during the first wave, just months ago. At the same time this new exodus of migrant workers, resulting from their sheer neglect by the state and the way in which the capitalist bosses have dispensed with them is spreading the virus to the countryside, where the health infrastructure is even worse than in the cities. This again puts government incompetence on full display.

How the rich escape

At the very first signs of a pandemic the rich elites and top billionaire businessmen fled the country to the likes of UK and USA. Several actors and actresses of the Bollywood film industry are enjoying their vacations in Maldives, hypocritically urging people to be positive while themselves living safely in their grand villas and luxury spa resorts. They flood their social media accounts with posts of themselves basking and having a gala time with sunrise in the background, while ordinary people only see the sun setting on their hopes and future.

This shows the huge inequalities in a capitalist society where the rich are struggling to find ways on how to waste the wealth that they have hoarded while the working class has to work their fingers to the very bones just to provide for the bare survival of their loved ones. This is evident proof that capitalism is failing the hard working people of India.

The private sector is equally as responsible for this crisis as the government. The big private pharmaceutical corporations chose their “profit motive” over the lives of the people. They chose to produce vaccines at the prices they need to maximise their profits. India’s pharmaceutical industry is one of the biggest worldwide. The sector was valued at US $33 billion in 2017, and the country is known as the biggest supplier of generic drugs. Yet at the end of April only 1,77% of the Indian population had received both doses of the vaccine.

The demand to suspend intellectual-property restrictions on vaccines is growing as it becomes clear that the pandemic can not be stopped without a global strategy. The patents on the vaccines need to be lifted! Our health is not safe in the hands of the profit seeking private pharmaceutical sector. A democratically planned approach requires the nationalisation of the whole sector to put our health and lives at the centre of decisions.

The extremely high costs of keeping a patient in a private hospital, and the overpricing of oxygen supplies mean that many are even forced to take loans to save their family’s lives. Patients are literally pushed out of hospitals in a condition where they can hardly move. In the private sector, non-infected people are declared Covid positive to force them to spend money. Especially in rural India, poor and uneducated people fall prey to the profit-seeking private hospitals for whom people’s lives and health do not matter. We need massive public investment in a good quality and free health care system!

The country has descended into outright chaos. The suffering of the working class at the hands of incompetent capitalism and corrupt politicians must not be tolerated by the people any longer. There is an immediate need for the working class to organize and mobilise to conquer the basic human rights that are denied them by the rich.

There is also the need for immediate release of healthcare from the grip of the private sector vultures and the nationalization of health care to bring control into the hands of the public and provide universal healthcare for the people.

This crisis is a rally call for the whole of the working class to reject the religion based divisive propaganda of the ruling parties and unite together irrespective of our differences and to organize. Only this can provide hope that we can survive this crisis and secure our future.

Capitalism is failing the masses of India. The pandemic will not be stopped with bigotry, divisive hatred and defence of the interests of big business. The masses are in dire need of a socialist society to assure that all available means are mobilised under a democratic plan to fight the pandemic and the conditions that worsen the consequences of this pandemic.

May Day 2021: Organise to fight for global socialism! 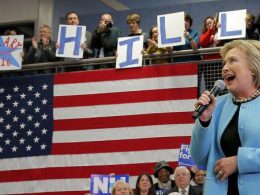 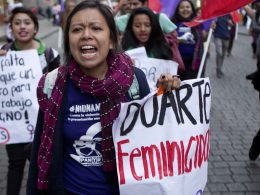 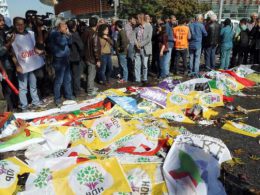