This year saw a major increase of pressure on our healthcare staff and facilities. The Covid-19 crisis put our frontline workers at a dangerous risk of contracting the virus. Nurses and other healthcare staff had no choice but to work through an unprecedented situation, in an underfunded two-tier health system, in order to keep the infection rates low and the public safe.

At the beginning of December, Socialist Party member and Solidarity TD Mick Barry moved a Solidarity-People Before Profit motion in the Dáil that aimed to pay student nurses and midwives. Despite the hard work, dedication and personal sacrifices made by the student workers, Fianna Fáil, Fine Gael and the Green Party voted against the motion. This is the thanks student nurses got for the role they played in the Covid-19 crisis.

The decision broke international news with American news site NowThis reporting on the deplorable treatment of healthcare staff in Ireland. More generally, it has provoked massive anger amongst student nurses themselves and amongst working class people generally. The government have attempted to justify their dismissal of vital workers – but the excuses are not good enough for those impacted.

The government are happy to take credit for the decrease in infection and death rates, despite the fact it is the very same student workers they refuse to pay that are working on the frontlines ensuring the spread of the virus is limited and that patients are catered for. More than 4,000 student nurses do work placements in the Irish health services – it is no doubt that the hospital system would struggle immensely without the free labour they provide.

Salt to the wounds

The non-payment of student nurses and midwives has always been an abusive exploitation of their labour; however, Covid-19 has exacerbated the pressure felt by these workers. Owing to the lack of pay they receive during their training, these nurses typically work a second job, usually in care homes. Although, this year they are unable to do so as there is a high risk of spreading the virus to vulnerable and sick people. This means most student nurses and midwives are without any wage at all, while still being expected to pay college fees in full.

In addition to their financial struggle, the Nursing and Midwifery Board of Ireland sent out their retention fee this week which stands at €100. This highlights the parasitic nature of a health service that is chronically underfunded while the super-rich have amassed a fortune of €93 billion, where nurses and midwives in Ireland are essentially paying to work. To add salt to the wound, the new Chief Executive of the HSE, Paul Reid, is paid €350,000 per year.

In this Dáil term alone, the government has received three pay increases. In addition, this week a pay increase was granted to judges, top civil servants and the pensions of current and ex-Taoisigh. This is a week after voting against the Solidarity-PBP motion. This year, the government have continuously shot down any motion that would improve the conditions of workers from sick pay, to a living wage, Debenhams workers redundancy and now our vital frontline workers are faced with the indifference of an anti-worker government that prioritises the interests super-rich and bosses.

Reports by the IMNO have previously highlighted the mood of nurses and midwives – a report mentioned that 79% of student nurses and midwives may emigrate – their reason being poor pay and working conditions. 79% identify increases in pay, and improvements in staffing and working conditions as the required incentives to retain workers in the public services. 76% say staffing levels are not adequate to support the teaching and training of student nurses and midwives in the clinical setting. This is where students should be learning, but instead they are working alongside their seniors. The mood of healthcare workers is evident in the reports published – they rightly feel over-worked and under-valued in a decimated public healthcare system.

The power of healthcare workers

In 2019 the IMNO called a strike which generated a protest of over 40,000 healthcare workers and supporters. This demonstration highlighted the support nurses and midwives have among the general public as they value and appreciate the work they carry out. This is still the case today; the public are disgusted with the government and would support any call of action by the nursing unions in the future. Healthcare workers have a crucial power that must be mobilised to improve their living standards and allow them to work without stress.

Unions need to take a serious approach to protecting their workers from gross mistreatment. Students and qualified staff need to organise around the issue to ensure other people don’t fall victim to the exploitative nature of a healthcare system under this right-wing government and the capitalist system they defend. We need to fight for a one-tier, public health service that is free at the point of use, where all its staff are paid and receive the wages and conditions they deserve, and have a crucial democratic input in its running. 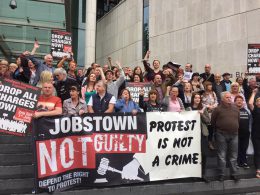 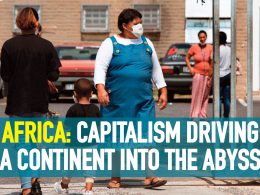 Africa & Covid-19: Capitalism driving a continent into the abyss 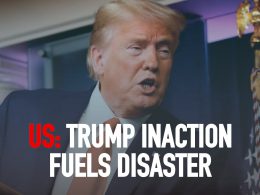 By Tony Wilsdon, Socialist Alternative (our sister organisation in the US) The threat posed by COVID-19 was not…
bySocialist Party
1 share
1
0
0