In a case of history repeated itself a High Court Judge Garrett Simmons ruled in favour of a group of electrical employers in their efforts to strike Sectoral Employment Orders down as “unconstitutional”. These SEOs in construction and other sectors provide for basic pay standard higher than the statutory minimum wage. The introduction of SEOs came after the Supreme Court in 2016 similarly ruled that their predecessor arrangement Registered Employment Agreements were unconstitutional.

It is absolutely correct to cite these rulings as evidence of the inherent anti-working class bias in the judiciary. This ruling, particularly if the government doesn’t appeal it to the Supreme Court creates an opening for an employer offensive on pay and conditions. However if they go down that route likewise frees up the trade union movement to respond in kind. As Tommy Fitzgerald a Regional Officer for Unite the Union said:

“Crucially, the absence of Sectoral Employment Orders would also mean that, for the first time in over 50 years, in huge sections of the construction sector there would be no constraints, beyond existing industrial relations legislation, on workers taking industrial action to defend themselves. Such a situation would pose a considerable threat to many employers. In that scenario, Unite is confident in our ability to defend our members’ terms and conditions using all means at our disposal.” 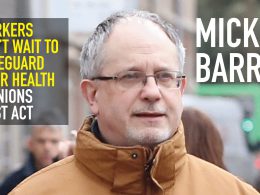 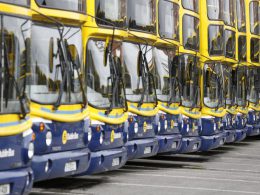 By Stephen Boyd
Once again the courts have backed the employers in an industrial dispute. Marine Terminals have been granted an injunction by the High Court against their workforce and the trade union movement to stop what it calls the harassment of staff who are continuing to work!