What is revealed by the attempt to form an FF-FG-Green government and by the programme signed off on by their leaders?

In the deepest sense, it is more of the same and a betrayal by the Greens of the vote for change they benefited from in February and in last year’s local and European elections. Fine Gael, who led the last Government, and Fianna Fáil, who propped it up, are the two biggest parties in this one.

The willingness of the Green Party leadership to sign up to this agreement ultimately shows their poverty of ambition and acceptance of the capitalist status quo. They have no confidence that the rule of this system can be ended by a mass movement of the working class and youth or that socialist change is really possible.

The deal they’ve hammered out is more of the same, in the sense that the three parties that seek to form this Government will be a “safe pair of hands” for Ireland’s capitalist establishment.

Rather than back radical environmental policies such as free public transport and taxes targeted at the big polluters in business and agriculture, this government will implement “green” policies that fit comfortably with capitalist interests – for example, quadrupling the regressive carbon tax, which will be levied on householders in the run-up to 2030. This tax is entirely at odds with the need to have a just transition that doesn’t penalise working class people to a zero carbon economy.

The stated aim of the agreement is to reduce carbon emissions by an average of 7% on an annual basis between now and 2030 in Ireland, the minimum that is necessary to tackle climate change. However, there is little indication that this will be achieved under the concrete plans outlined in this Programme for Government.

While some of the increased state spending will go into direct state-led investment (e.g. health), a large amount will go directly into propping up the ailing private sector. Despite record profits, corporation tax is to be kept at 12.5% and the SME sector is set to get a litany of breaks ranging from increased funding from Enterprise Ireland and increased rights to bid on state contracts to state-guaranteed bank loans and probable rates write-offs.

The Government’s “July Stimulus” will project these as measures to tackle mass unemployment but senior civil servants have told the Dáil’s Covid-19 Committee that they still expect 400,000 workers to be unemployed by the end of the year. All the while that the government paints a picture of an establishment labouring to create jobs, capitalist concerns will be allowed to slash jobs unhindered as we currently see at Debenhams and Aer Lingus.

Austerity in the future

The plan to reduce exchequer borrowing when economic growth returns is a recipe for spending cuts and tax increases in the second half of the government’s lifespan.

This goes some way to explaining why the programme sets such an unambitious target for new social housing – 50,000 units in five years will not end the housing crisis. It is also not spelt out who will build these new social homes, local authorities or private voluntary organisations.

It provides context for the decision to keep student fees at €3,000 a year and the decision to establish a commission to examine the pension issue, not stopping the increase to the age of 67, but merely delaying it.

The announcement of an end to Direct Provision is likely to prove false with plenty of indications that it will instead be rebranded. Public protest will result in an end to private ownership of centres and new rights for asylum seekers (right to drive, right to a bank account, etc.) but institutional accomodation looks like it will continue and the speeding-up of the asylum application process will result in faster deportations for many.

The attempt to put this government together may yet be foiled by a vote of the Green Party membership, though this might only result in bringing other capitalist formations into play.

For socialists, however, the priority focus must now be on preparing resistance to a programme for mass unemployment, spending cuts and tax increases among workers, women and the young. This should be linked to the question of building a new mass party of the working class in this country that aims to break with the system of capitalism that is destroying our livelihoods and our planet in the interests of private profit.

Aer Lingus: pauperising of workers must be resisted 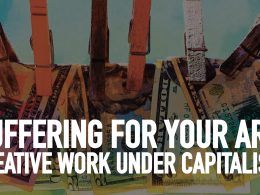 By Eoin McCaul Just a few weeks ago, artists in the UK were faced with the very real…
bySocialist Party 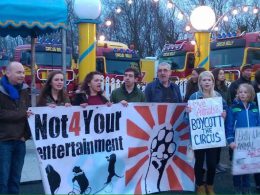 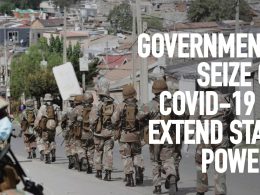 By Stephen Boyd, International Socialist Alternative The Economist (3/28/2020) has described it as “the most dramatic extension of…
bySocialist Party