On Monday, the 25 May, George Floyd was tragically murdered by a Minneapolis policeman. Police arrived in response to a call from a shopkeeper about someone attempting to use a counterfeit bill and arrested Floyd. Security cameras demonstrate that Floyd willingly went with the officers, despite claims of violent resistance.

Witnesses recording the incident later show an officer kneeling on Floyd’s neck for seven full minutes, despite onlookers calling for him to stop and Floyd loudly proclaiming “I can’t breathe,” and “I’m about to die.” Many have made the connection with the 2014 death of Eric Garner, who similarly proclaimed “I can’t breathe” while being asphyxiated by an officer in the New York Police Department. When Floyd became unresponsive, the ambulance was called and he was pronounced dead at the hospital.

George Floyd’s untimely death sparked an immediate series of protests that began in the city of Minneapolis and spread across the country including Los Angeles, Louisville, Columbus, New York City, Memphis, Denver and Oakland. In New York City, over 70 protesters were arrested.In Louisville, Kentucky seven civilians have been shot in protests that addressed not only the murder of George Floyd but also Breonna Taylor; a 26 year old health care worker who was shot in her home by police in March.

After police in Minneapolis used tear gas and rubber bullets on the crowds, the once peaceful protests shifted decisively. The Minneapolis Police Department arrested black CNN reporter Omar Jimenez.  Such actions negate any possible claims that the powers at hand are acting in good faith, and being held accountable for the true nature of their actions.

These protests, which are now being characterised as ‘riots’ in order to discredit those working class people involved, are an expression of anger amongst black and working class communities that has been building for years. However, contrary to media representation, they are not characterised by selfish individualism and barbarism, but rather, by impressive shows of solidarity. The destruction of private property, such as the Minneapolis Target has not been callously used for personal gain, but in fact these resources have by and large been used for the purpose of caring for those injured by police violence over the course of the several day demonstrations.

In cities like Denver and Los Angeles protesters of all races formed human chains to block highways and streets. In Minneapolis, public transit has shut down as bus drivers refuse to assist police. Bus driver Adam Burch stated ‘I refuse to to transport my class and radical youth [for the police]’ and that ‘an injury of one is an injury to all.’

This inequality is also represented in the sorts of jobs that people of colour have in the United States. Black and Latinx people make up 32% of the general population in the United States, but account for 36% of the essential workforce with particular concentration in food and agriculture, transportation and delivery services, and industrial/residential services. This, combined with historical issues of housing segregation and the fact that the median income of white households is 13 times higher than that of the median income of black households.

Black people in the United States are 2.4 times as likely to die from Covid-19 in the United States than White people. The United States was founded on the economic and social system of slavery, where the most oppressed of society – the black enslaved as well as other wage workers – were able to be arbitrarily divided on the issue of race, thus stunting their ability to unite against their common oppressors. We can see the vestiges of that system expressed in the concentration of people of colour in low wage jobs.

End the rule of capitalism

Malcolm X said you cannot have capitalism without racism. By the same logic, you cannot solve racism under capitalism. In order to tackle racist state violence, you must address the poverty conditions the majority of black people in the United States live under. In order to address the poverty conditions, you need to address a system that profits off of the unpaid labour of workers. These protests demonstrate the potential for solidarity amongst the working class and fighting back against a system that exploits us all. 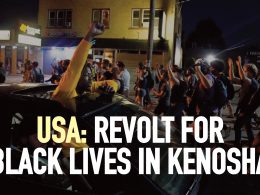 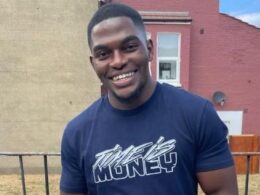 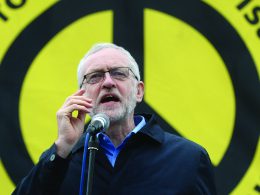