Below is the text of a letter written by Socialist Party members Mick Barry TD and Ruth Coppinger to the the Liquidators in Debenhams and to Minister for Business, Enterprise & Innovation Heather Humphreys outlining how the jobs in the company can be saved. The Socialist Party believes that bringing the company into public ownership it the best guarantee to do so.

We write to you all following many representations made to us by employees of Debenhams and our ongoing close collaboration with those workers in their quest to save their jobs.

We have already made a request to meet with KPMG to discuss the matter noting that similar requests from other interested parties have been acceded to. We await a response on that request.

We have included the Minister in this submission because we firmly believe that for reasons that should be obvious what passes for normal liquidation procedures definitely cannot be applied in the situation at Debenhams and similar scenarios unfolding or that are likely to unfold across the retail sector and other areas of the private sector.

If liquidations were permitted to proceed in this fashion, at this juncture, some two months before what the government deems as less essential (non food and pharmacy) retail can reopen to the public then in retail alone 110,000 jobs could be lost according to Retail Excellence Ireland’s own estimate. Such a scale of job losses and enterprise closures in city and town centres across the state would clearly have a negative multiplier impact on adjacent businesses who survive the period of restrictions.

We are critical of the government’s announced package of measures, totalling €6.5 billion, to support businesses. However as matters stand KPMG have not entertained these and other measures, including low interest loans, ongoing wage supports, deferments of taxes and rates as a means of retaining at least some of the jobs. Nevertheless, how these measures could be applied to Debenhams must be fully explored.

For all these reasons we make the point to the government that measures and interventions are required from finding alternative owners and up to and including public ownership, our preferred outcome, to avert over a thousand five hundred job losses here and in similar situations where the erstwhile employers and/or liquidators have indicated disinterest in exploring options to retain jobs.

We add our voice to that of the trade union MANDATE that the 30 day consultation period has not been properly observed on the part of KPMG. Correspondence from MANDATE to the liquidator attests to the ongoing lack of disclosure of information essential to the union side to fully construct their case for job retention.

Short of such disclosure we are left to operate off fragmentary information. We are given to understand that prior to the onset of Covid19 and resultant government restrictions on trade and commerce several of the eleven stores were trading at a profit. Similarly it is accepted that the online business patronised by customers in Ireland was profitable. The losses projected by the liquidator for 2020 if the operation were to continue we see as an inadmissible argument in the context of the pandemic. By that criteria alone hundreds of thousands of jobs across the private sector would be extinguished.

The estimation of the value of leaseholds, fixtures and fittings contained in the KPMG affidavit is £9.5 sterling. Inventory valuations contained in the affidavit is £12 million sterling. Only subsequent to this affidavit’s submission to the court has the UK parent company claimed ownership over these assets. This claim has all the appearances of a manoeuvre by the parent company to avoid their obligations and must be queried and contested. Estimates made by workers conclude that that true value of the stock could be in the region of €25 million.

A similar figure of circa €25 million has been the best estimate made by one of the workers in the accounts section with whom we are in contact of the potential combined cost to the exchequer of funding statutory redundancies and other entitlements arising from termination plus Job Seekers Benefit over a nine month period.

We know thanks to the endeavours of one of the workers who corresponded directly with a Mr Roche, landlord of two of the largest outlets that he was and is amenable to negotiating the rent and that this opportunity has not been explored by the company or subsequently by the liquidator.  We have no evidence to suggest that such opportunities have been explored in any of the other nine outlets.

In a climate where the purchase of clothing has increasingly moved towards online shopping there was already prior consideration to the diversification of the store based business so that it could offer a range of experiences unobtainable online such as wine bars and cafes. A study with input from the workers could be carried out in this regard.

In summary we make the following demands on behalf of the employees with whom we have been in close contact in recent weeks: 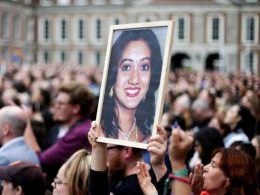 By Socialist Party reporters  The referendum to scrap the ban on abortion was easily passed with 66.4% to…
bySocialist Party
13 shares
13
0
0 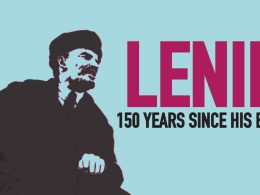 Vladimir Ilyich Ulyanov, better known by his revolutionary alias, Vladimir Lenin, was born in the city of Simbirsk,…
bySocialist Party 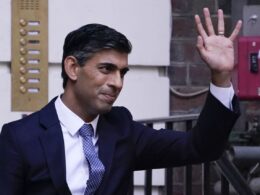 By Tom Costello, Socialist Alternative (our sister organisation in England, Wales and Scotland) First, the Queen dies. Then…
bySocialist Party