The Traveller Community face extreme marginalisation, poorer health, greater overcrowding and unemployment and as a result are at significantly greater risk to covid-19.

The Traveller Community face extreme marginalisation, poorer health, greater overcrowding and unemployment and as a result are at significantly greater risk to covid-19. Globally, the crisis is exposing the inequalities that exist in capitalist society including the marginalisation and discrimination against ethnic minorities and indigenous communities.

To successfully stop the spread of the coronavirus there is a need for social distancing and adequate washing facilities. The virus will spread rapidly in communities where it is not possible for those infected to isolate. Across the globe we have seen urban communities where there are poorer and higher density populations being hit the hardest by the pandemic. In the United States the current indications are that people of colour are being infected and dying at a rate twice that of the white population.

Ireland is no different with our Traveller Community being at a far higher risk of infection and death due to the living conditions, employment and health conditions that have been imposed on the community.

According to the Irish Traveller Movement (ITM) there are currently over 2,000 families in “inadequate, unsafe and impermanent conditions”. The position is stark in the ‘unofficial’ sites where services such as running water and waste collection are not provided for by the local authorities. Unofficial sites increased by 79% in 2011-8 due to the overcrowding crisis faced by Travellers pushing families to avail of older sites or locations without services.

On unofficial sites running water is usually not in place, and toilet and bathing facilities are not adequate and waste collection is not provided by the local authorities.

Even in official sites the phenomenon of ‘sharing’ results in toilet and wash facilities being inadequate and there is a higher density resulting in a higher risk for covid-19 and an inability to isolate if infected.

According to the 2016 census 39.1% of Travellers are in overcrowding, compared to 6% of the State’s population. Other calculations of overcrowding give the figure as 56%, with 84% of the 12% in mobile or caravan accommodation being in overcrowded situations. Since the 2016 census the position of Travellers has worsened as the housing crisis has deepened under the Fine Gael minority government (backed from the outside by Fianna Fáil).

While Travellers make up 1% of our population, 12% of homeless children are Travellers and 8% of adult homeless people are Travellers. It is likely this is an underestimate as not all local authorities record ethnicity.

The Coronavirus has a greater effect on those who have pre-existing health problems. It appears that most of the deaths are those who are elderly or with pre-existing conditions. Like other ethnic minority and indigenous groups internationally, the Traveller Community are in poorer health compared to the rest of the population.

In March unemployment across the State rose above 700,000 in the sharpest rise in unemployment in Irish history. The Traveller Community has 80.2% unemployment according to the 2016 census. The unemployment figure is likely to increase further in the economic fallout from the pandemic. The extreme levels of discrimination faced by Travellers combined with the lower levels of formal education (caused by decades of neglect and isolation of Travellers within the State education system) can mean that Travellers are in an even more difficult employment situation following the pandemic restrictions being eased.

Furthermore, the categories of employment that are highest for Travellers are in caring roles and in health and social care. In these areas of employment there is a higher risk of infection and an inability to socially distance.

Solidarity-People Before Profit TDs, which includes the Socialist Party’s Mick Barry, were successful in getting an amendment to recent Covid-19 legislation which bans the eviction of Travellers during the crisis, whether or not they are in official or unofficial sites. The amendment also covered those who are renting a room, in housing body accommodation and students.

It should be noted that this amendment was passed by just one vote with Fine Gael, Fianna Fáil and right-wing independents such as Noel Grealish, Cathal Berry and Richard O’Donoghue opposing protections for Travellers and other more vulnerable households.

Travellers have faced routine discrimination, harassment and a heavy-handed approach by Gardaí for decades with Gardaí having extensive powers in relation to unofficial sites. The Socialist Party has voiced its opposition to extensive powers being given to the Gardaí to enforce the social distancing restrictions. There is a danger that powers given to the Gardaí to stop and question people can be used against certain groups such as those from marginalised communities and minorities such as Travellers. To date there has not been a need to legally enforce social distancing as the population overwhelmingly see the need to protect public health – indeed, it’s the working class who led on the need to close down non-essential workplaces and provide PPE for essential workers.

The decades of poor relations by the State with Travellers can further complicate the public health measures needed in relation to the coronavirus. There is a danger of public health information not being adequately circulated in the community. Traveller organisations have raised the problem of the HSE relying on a written brochure. Many of them are working on getting information into the community about the washing and distancing measures that are required.

The COVID-19 pandemic is bringing into sharp focus the blatant inequalities and discrimination that exist on a global scale. If you are part of a discriminated minority, if you are poor, if you are oppressed, and more generally if you are part of the working class, you will be disproportionately impacted by this crisis. Put simply, we are not all in this together. The callousness and brutal nature of capitalism is being dramatically exposed — inequality and oppression are an integral part of its DNA.

Socialists fight for an end to discrimination against minority groups and for a society where the housing, health, employment, education and cultural needs of all are met. Obscenely, 17 billionaires own and control €40 billion in wealth, while Apple corporation owes €15 billion in unpaid tax to the Irish state (money the state is fighting to ensure it doesn’t get!); the wealth exists to invest in decent, and in the case of Travellers culturally appropriate, public homes for all. The wealth is just in the wrong hands.

Socialists also reject the idea that poverty and racism are inevitable part of human society. These are social constructs that can be deconstructed and dismantled by a movement of the working class, the poor and the oppressed. This means fighting to end the rule of capitalism and for a socialist society where its resources are publicly owned, democratically controlled and planned. On this basis we can get rid of the anarchy of the present economic system and direct the resources to meet all our needs and those of our planet. 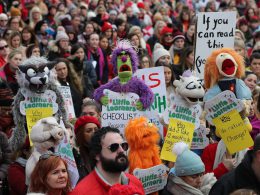 Across the state, workers are being thrown into turmoil by the Coronavirus emergency as companies announce closures and…
bySocialist Party 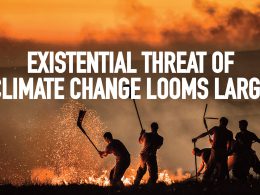 By Sam Belton While the world reels in the face of the current Covid-19 pandemic, the climate change…
bySocialist Party 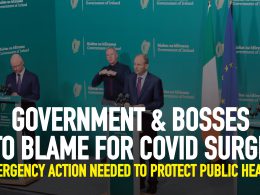 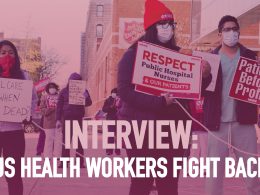