bySocialist Party
2 minute read
Total
0
Shares
0
0
0
By Conor Burke
The unprecedented crisis that has now emerged around the threat of the corona virus  means that artists, musicians and other  cultural workers have been one of the first and hardest-hit sectors in society. Many cultural centres have been forced to close, meaning art galleries, exhibition spaces and music venues have been. Therefore, planned exhibits and shows have had to be cancelled. Artists are often forces to cover the costs of such shows themselves in the hope of recouping funds later from sales or other forms of payment, these cancellations will have already been a significant financial blow to many cultural workers.
Musicians that rely on venues such as pubs and clubs or even street performers will inevitably be hit hard by this crisis, as people avoid mass gatherings. A large proportion of these workers are self-employed or have at best precarious contracts with the venues, therefore the government has to ensure that these workers just like any other, are taken care of throughout this crisis. People who work in the cultural sector are some of the most hard pressed workers even at the best of times, in a scenario such as this it is almost certain that they will be one of the hardest hit sectors financially.
There is also a major concern over cuts to existing payments and general cultural funding especially in the event of a prolonged economic downturn, which now seems likely to occur follow this initial crisis. Funding in Ireland for the arts and cultural sector is already one of the lowest in the EU, and is always one of the first things to be cut by right wing neo-liberal governments. Therefore the government need to assure workers in the cultural sector that access to funding and support will continue throughout this period and beyond so that these workers can have at least some sense stability. The wealth and resources are there to cover the living standards of all workers during this crisis if they face a loss of income, for example the €14.3 billion owed by Apple to the state should be immediately seized.
Total
0
Shares
Share 0
Tweet 0
Pin it 0 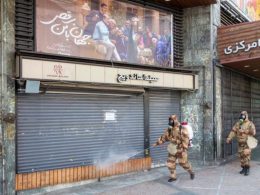 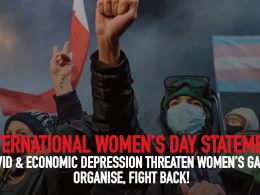 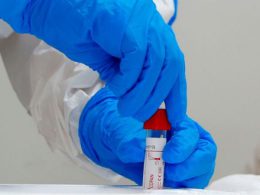 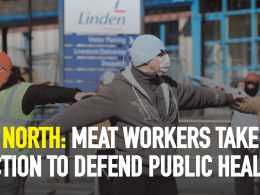