Mental health crisis and the system

In Ireland and across the world, people are grappling with a mental health crisis. According to Mental Health Ireland’s most recent figures, one in 12 Irish people are affected by depression, and one in 10 children experience mental health problems. The World Health Organization (WHO) estimates there are 300 million people living with depression worldwide, 23 million people with schizophrenia, and around 800,000 suicides each year.

Why is this happening to so many of us? There are many complex reasons as to why people face mental health problems, but capitalist commentators want us to consciously ignore the societal factors that are a major contribution to creating this crisis. “By privatizing these problems… as if they were only caused by chemical imbalances [or by their family background]” writes Mark Fisher in Capitalist Realism, “any question of systemic causation is ruled out”.

Lack of funding and inequality

In truth, the mental health crises is being sharply aggravated by the system of capitalism we live under. It is only so acute now because of a global economic downturn and the legacy of austerity. As well as increasing job precarity, housing insecurity developing into a full-blown crisis and the threat of ecological collapse having a damaging effect on people’s mental well-being, those suffering are finding it more difficult to get the help they need.

A report from Mental Health Europe in 2017 found that staffing in Irish mental health services dropped from 10,476 in 2008 to just 8,967 in 2014. Supports in education have been drastically reduced: since the Budget 2012 withdrew 600 guidance counsellor positions and made many return to teaching positions (one in five guidance counsellors in secondary schools teach classes full-time, leaving them ill-equipped to deal with escalating mental health issues among young people), subsequent budgets have failed to bring the numbers back up. In Cork and Kerry alone there are 400 children and adults on waiting lists for more than a year in order to get a psychology appointment.

But again, these are just the more extreme side-effects of capitalist governance on mental health, not the exception. A private housing market cannot function without constant demand for homes – homelessness and eviction are a necessary feature of the system. Similarly, a job market needs unemployment, because a worker cannot fairly bargain for their rights if they are always replaceable.

The effects of this precarity on people’s mental health is not accounted for in most studies – these conditions are considered facts of life, rather than the rules of a changeable economic system. The system also fuels different forms of oppression and discrimination such as those faced by women, LGBTQ people and Travellers.

But there are solutions, in the short and long term. One is to call on the government to increase Ireland’s mental health spending. It makes up just 6% of our overall health budget, as opposed to 13% in the UK. We need a massive increase in spending on mental health services, linked with the creation of a national health service that is free at the point of use. We need more time and resources allocated to mental health education programmes in our schools, and the establishment of 24/7 crisis centres.

We need to end the precarity that fuels anxiety and depression. We need a €15/hour minimum wage, rents reduced to affordable levels, a programme to introduce social and affordable housing on a massive scale. Fundamentally, we need collective action to fight a capitalist system which atomises us and reduces us to an expendable resource like any other, one which robs us of real political agency and doesn’t allow us to even imagine a better world. 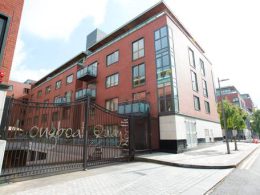 London’s Burning: Looking back at the Brixton riots of 1981

The recent riots in the most unequal borough in the UK - Tottenham, London - in response to the shooting of Mark Duggan by police have many parrallels with the Brixton riots in London 30 years ago. In advance of a fuller analysis of the recent events, we repost an article for our readers from April of this year, where the Socialist Party of England and Wales (our sister group) loked back at the Brixton riots on it's thirtieth anniversary and warned that the "conditions for new 'Brixtons' are being prepared". 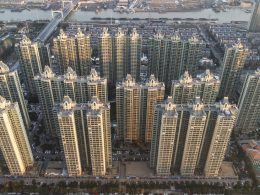 Evergrande, the Chinese property company, is missing one payment deadline after another. If it collapses the consequences could…
bySocialist Party