The case came to light in the pages of The Guardian after a worker in Cork blew the whistle on a quality control programme which involved employees having to listen to tens of thousands of Siri voice recordings without customer consent.

These recordings included instances of the voice assistant being accidentally activated and recording conversations between people.

After The Guardian published the story, workers at GlobeTech (one of the two companies contracted to do the work) were sent home on full pay.  Two and a half weeks later, they were called back in, told that the contract had been terminated and were then dismissed with one week’s pay.

Half the workers were Irish, many were from other EU countries, and some had come from outside the EU on work contracts.

Apart from those workers who had travelled halfway across the world to take on the job, there were others who had given up alternative employment to work for GlobeTech/Apple.

Controversy ensued.  The Socialist Party and Solidarity were to the fore in highlighting the scandalous treatment of the workers.

Apple have now been forced to give commitments that customers will have to opt-in in future to allow their recordings to be “graded”, that such work will be done in-house in future by Apple workers, and that many of the 300 people who lost their jobs will be employed for this purpose.

A debt of gratitude is owed to the whistleblower who highlighted the case and won the opt-in for Apple customers.  Apple must be kept under pressure to employ all 300 people let go, and not to pick and choose in an attempt to weed out the whistleblower(s).

The trade union movement must take a far more active and vocal role in issues relating to privacy rights, and the rights of contract workers. This means playing an active role in organising workplaces like Apple so workers can fight precarity and bullying management. 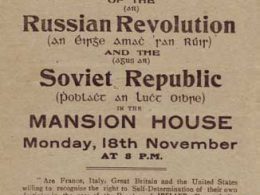 Eurozone: Into the abyss?

The Eurozone is at a tipping point. EU leaders are in disarray and have no clear strategy for resolving the crisis. Fragmentation of the Eurozone could trigger another deep financial crisis and global economic downturn. socialistparty.net analyses the crisis.

With the prospect of a so-called double-dip recession looming in the world economy, pressure is once again mounting on the eurozone. The prospect of one or more countries opting out, or being forced out, of the eurozone is becoming increasingly real as the crisis deepens and tensions between the capitalist classes in northern and southern Europe rise.