The horrific murder of 50 Muslims in two mosques in New Zealand in March once again shone a spotlight on the poisonous ideas of the far right. Conor Payne looks at the wider context surrounding this atrocity and how the forces of fascism and the far right can be defeated.

On Friday March 15, 50 people were killed and 50 more injured in a racist terror attack on two mosques in Christchurch, New Zealand. The dead ranged in age from 2 to 71. This was the deadliest mass shooting in modern New Zealand history. Horrendously, the shooting was live streamed by the perpetrator, Brenton Tarrant. Tarrant, who is a 28 years old and born in Australia, is clearly steeped in the ideology of the far right and of fascism.

He published a deranged “manifesto”, declaring himself a “fascist” and titled the “Great Replacement” referring to the racist conspiracy about immigrants being used to “replace” the population of white-majority countries. He referred to Trump as “a symbol of renewed white identity and common purpose”. He was known to have frequented far right online communities and his document constantly uses the ideas, language and memes of the online alt-right.

This is no isolated incident – these fascist ideas are intrinsically linked with violence against immigrants, Muslims, minorities, LGBTQ+ people, women, the trade union movement and the Left. From 2009 to 2018 in the US, 73% of “domestic terrorist” killings were carried out by right-wing extremists, compared to 23% committed by Islamists and just 3% by those classified as “left wing”. Despite this, terror attacks by Muslims in the US receive 357% more press attention.

This rise of far right violence is not taking place in a vacuum. It is completely linked to the climate of racism and Islamophobia which has been fostered for years now, including by very wide parts of the capitalist establishment, politicians and media. This has been capitalised and built on by right populist forces in many countries – most obviously Donald Trump – who have majored on stoking up fears about immigrants, and Muslim immigrants in particular. All of this has played a role in creating the atmosphere in which attacks like the one in Christchurch take place.

This was underlined even in the aftermath of the attack itself. There were many crocodile tears from far right figures who trade on stoking racism every other day of the week. Some didn’t even bother with this. An incredible statement from far right Australian Senator Fraser Anning openly blamed the victims for the attacks: “those who follow a violent religion that calls on them to murder us, cannot be too surprised when someone takes them at their word and responds in kind.”

But racist bias was reflected also in the mainstream press. The Daily Mirror (16 March) in Britain ran with the frontpage headline “Angelic boy who grew into an evil far-right mass killer” and a picture of the murderer as a child. As was widely pointed out, it is impossible to imagine any tabloid running such a headline about an Islamist mass murderer!

Racist attitudes towards immigrants and refugees are linked to the current crisis in the capitalist system, to austerity and the scapegoating of migrants for low wages, housing crises, cuts to public services etc.

However, the issues are clearly much broader. Islamophobic racism bases itself primarily on depictions of Muslims and those from Muslim-majority countries as violent, barbaric, backward, prone to terrorism etc. This has been ramped up ever since the beginning of the “War on Terror” in 2001, when many in the “mainstream” capitalist establishment adopted (pre-existing) racist narratives of a “clash of civilisations”. State racism has often meant a sweeping use of repression and surveillance against Muslim communities.

Islamophobia has played a big role in the propaganda for wars in Afghanistan, Iraq and elsewhere in the Middle East and for Western support for the Israeli occupation of Palestine. It is used to justify anti-immigrant measures and attacks on civil liberties at home. As with other racist ideas, Islamophobia has deeper roots in historic colonialism and imperialism which has always accused its victims of being “uncivilized” to justify carrying out violence, occupation and plunder.

Even the ‘Liberal’ sections of capitalism are guilty of feeding racism. Many have understandably praised the response of New Zealand’s Prime Minister, Jacinda Ardern of the Labour Party. She has spoken clearly against racism and in solidarity with the Muslim community and correctly described the attack as an act of terrorism. However, she is currently leading a coalition government which the right populist ‘New Zealand First’ party with routinely employs anti-immigrant rhetoric. Her own party ran in the 2017 election on a platform of reducing migration by 20-30,000.

In spite of all this, the overwhelming response of working people in New Zealand, as well as around the world, has been a genuine outpouring of solidarity. Solidarity events and vigils have been organised around the country. Many have been touched by videos of mainly Maori people performing the haka to honour the victims. There is absolutely a basis for a broad movement against racism and racist violence.

On the same day as the massacre in Christchurch, we saw over a million school students go on strike to demand action on climate change. This is far more reflective of the attitudes of this generation of young people than the minority of mostly young men who have turned to the ideas of the far right. We see a widespread rejection of racism, sexism, homophobia and transphobia combined with a growing opposition to a world of economic inequality and environmental destruction and openness to anti-capitalist and socialist ideas.

Whatever their “anti-establishment” pretensions, the far right is the enemy not only of immigrants, LGBTQ+ people and minorities but of all those seeking to challenge this system. This includes the workers movement, as was shown recently in Manchester when far right activists attacked a picket line of striking rail workers organised in the union the RMT.

At the same time, far right and right populist forces can continue to pick up wider support, including electoral support, in the context of a capitalist system in crisis, with major discontent, and the absence of a clear left wing alternative that challenges this system. In many countries, there has been a relative lack of mass working class struggle in response to austerity and the crisis, due to the weakness of the workers’ movement and the role of leaderships which have accepted or failed to seriously fight the attacks on workers.

The old former parties of social democracy, such as the Socialist Party in France or Labour in Ireland, in most countries have embraced and implemented austerity. In some places, even new left initiatives such as Syriza in Greece have come to be seen (correctly) as part of the system. This has all fed a certain level of political confusion about the real causes of the crisis and the real nature of the divide in society. This has opened the door among some sections of the working class for arguments which scapegoat immigrants and has allowed the right to pose as ‘populist’, ‘anti-system’ etc.

The role of the workers’ movement

All this poses urgent tasks for anti-racists, the workers’ movement and the socialist left. Clearly we need re-developed anti-racist and anti-fascist movements which organise and mobilise against the far right. This can include organising to confront and deny platforms to fascist groups. However, the most effective way to do this is via mass mobilisations which fully bring to bear the mass opposition which exists to these forces. We also need movements which challenge state racism, including the horrific treatment of refugees by the EU and European governments.

Linked to this is the task of re-building a fighting workers movement and a mass socialist left with a clear anti-racist and anti-capitalist programme. To effectively combat racist ideas, socialists must be able to deal thoroughly with all the issues. This means exposing the lies of the far right and educating the broadest sections of workers about the dismal situation faced by refugees and many other immigrants. It means opposing imperialism and repression, organising and supporting struggles which unite workers to fight for jobs, housing and services for all and crucially putting the blame for the problems workers face on the real culprits – the capitalists and their system. A socialist alternative, with democratic public ownership of the vast wealth and resources currently controlled by the capitalist class, could lay the basis for a society based on solidarity and free from racism and division.

If you vote ‘No’ you will be exiled to Siberia! Just about the only threat the Irish people have not been menaced with over the past few weeks. Don’t be surprised if it yet emerges, as we enter the last week of the campaign around the Referendum on the Fiscal/Austerity Treaty. 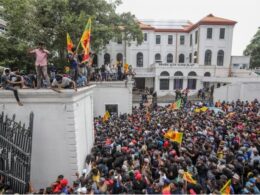 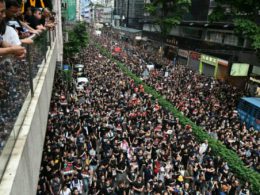 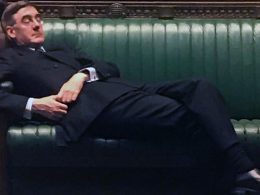 By Seán Burns With the threat of a no-deal Brexit and general election looming, the move to suspend…
bySocialist Party