When it looked as if there could be an immediate general election last November, any fanfare of farewell for Gerry Adams was shelved, as McDonald became the effective leader. Pearse Doherty and Michelle O’Neill ruling themselves out means there is no question of who will lead the party.

While there may be a change in style under McDonald’s leadership, the substance is likely to stay the same. Sinn Féin says it learnt from Labour’s fall from grace through participating in coalitions. This means that it will not promise much, so that when it does go into government and does not deliver substantial change, it hopes not to get punished electorally as Labour did in 2016.

What Sinn Féin advocated on issues like the minimum wage, housing and public spending at the last election were so minimal they aren’t in any way capable of dealing with these vital questions for the majority of people in our society. They accept the logic of the capitalist market and in doing so will accept the reality of a housing crisis and low pay.

Mary Lou McDonald may have a better feel for popular sentiments than Adams, however it is very unlikely she will buck this approach. After she was propelled into the role of leader last November, Sinn Féin TDs on the Committee on the Eight Amendment refused to support abortion being made available up to 12 weeks on request and in doing so were outflanked by both Fianna Fáil and Fine Gael. Following Frances Fitzgerald’s resignation as Tánaiste, a result of the issues surrounding whistleblowers, it was Mary Lou McDonald who assisted the establishment in shutting down discussion on the serious questions thrown up by this scandal.

The North and coalition

Sinn Féin, in the context of the crisis in the institutions in the North, want to be in government in the South. They are now even prepared to go in as a minority partner, and are consciously signalling to the establishment that they are not a threat to their economic interests. But will Fianna Fáil, Fine Gael or the capitalist establishment be willing to accept Sinn Féin in Government?

They may convince them that they are not a threat to the rule of capitalism, but they are also determinedly pushing for a united Ireland on the basis of pressurising and forcing Protestants into a state they don’t want to be part of. The southern establishment may be hesitant about the potential instability of such a policy.

Some in Fianna Fáil are getting itchy feet in “opposition”. They are frustrated at sustaining Fine Gael in power, while it is they who go up in the polls, seemingly benefitting from being in Government. Fianna Fáil won’t ditch the idea of alternating “confidence and supply” arrangements with Fine Gael lightly, but when negotiations regarding the budget or a new deal start later this year, they could decide to pull the plug at some point.

Fianna Fáil could embrace coalition with Sinn Féin. Mary Lou McDonald could become Tánaiste or, if Sinn Féin happen to outpoll Fianna Fail, maybe even Taoiseach, in a conservative administration of a new type. Is it far-fetched that Fianna Fáil would be prepared to be a minority partner in Government? If the alternative for a power hungry Micheál Martin and Fianna Fáil front bench, already out of power for seven years, was continuing to be a prop to Fine Gael, it couldn’t be ruled out.

Politics in Ireland is extremely unstable. While it cannot be definitely ruled out that Sinn Féin may adopt a more left-wing stance and come out against the capitalist market under the leadership of Mary Lou McDonald,  all the indications are that the opposite is the case. They accept the economic, social and political status quo.  In any case they will still maintain their sectarian position towards the North. Sinn Féin is on the path of compromise to power and her coronation is part of that strategy.

There are no short cuts. We can’t just pressurise existing parties into fighting for our interests, we need to get active ourselves and help build a new mass political movement and party committed to breaking with capitalism, which is based on increasing inequality and deepening economic exploitation. That needs to be matched with a struggle for socialist change, which is the only way the huge economic capacity that exists will be used to solve the problems facing working-class people. 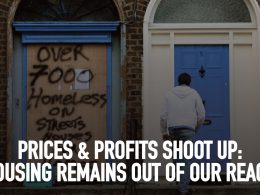 By Councillor Leah Whelan  With low wages, precarity and the economic threat of Covid still looming, it is…
bySocialist Party
11 shares
11
0
0 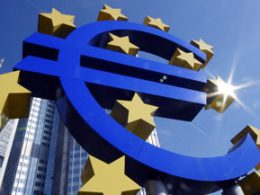