In the final days of the last Assembly Executive, before it collapsed under the weight the RHI scandal, the issue of Irish language rights re-emerged. The DUP’s Paul Givan announced a cut to the Líofa bursary scheme, which provides financial assistance to young people to attend Irish language courses in gaeltacht areas. With the sectarian line drawn, as expected, both the DUP and Sinn Féin lined up to take pot shots at one another, with the other 3 of the main parties sniping from the sidelines.

Despite their protestations to the contrary the DUP’s initial cut was nakedly sectarian. Under pressure from the growing RHI scandal they saw a dual opportunity. It presented the opportunity to whip up division and be seen to counter Sinn Féin’s “cultural war”. It also offered a suitable sideshow to draw attention from their role in the snowballing RHI scandal.

In response, Sinn Féin leapt into action as the self-appointed defenders of the Irish language. However, when it comes to the Irish language, Sinn Féin’s record doesn’t stand up to its rhetoric. Education and community sector cuts by Sinn Féin ministers have had a deep and disproportionate impact on Irish language services. Just 2 years prior to the Líofa cut, the then Minister for Culture, Arts and Leisure Carál Ní Chuilín oversaw massive cuts to a number of Irish language service providers, some of whom were forced to close. In light of this, it’s clear that Sinn Féin are only opposed to Irish language cuts when they’re made by those on the other side of the sectarian divide.

Both the DUP and Sinn Féin are now wedded to austerity. In reality, all five of the main parties are. They are only concerned about specific cuts when they can be used as political weapons or shields. In the words of the late, great cross-community Irish language activist Aodán Mac Poilin, “It would be foolish to underestimate the difficulties of creating a neutral space for the [Irish] language in our ideology-ridden society”. The Irish language belongs to no one person, party or community. It is part of the shared culture of everyone on this island.

Adequate funding and resources should be made available to ensure that everyone who wishes to learn Irish has the opportunity to do so for free, and communities should have the right to have services delivered through the language. However, this should not just apply to Irish but also to Ulster-Scots. Like Irish, it is cynically used by politicians on one side and derided in a sectarian manner by those on the other, but it has great cultural value and belongs to us all. The trade union and socialist movement must challenge the abuse of language and culture in sectarian point-scoring, demanding the right of all – including ethnic minority communities – to speak, learn and interact with the state in the language of their choosing, while also promoting solidarity and mutual respect.

Britain: How can Corbyn's programme be implemented? 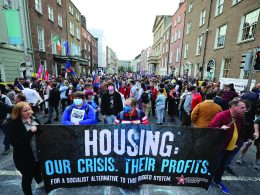 By Leah Whelan The housing crisis is not unique to Ireland; it is a global issue impacting working-class…
bySocialist Party 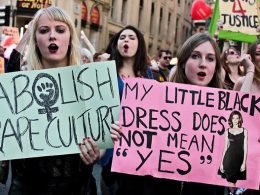 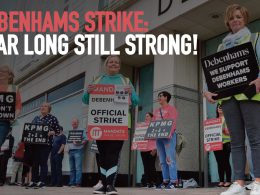 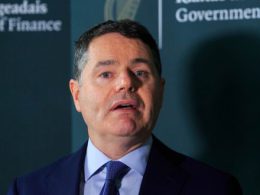