The Sexual Offences Bill that has passed through the Dáil makes numerous important and progressive legal changes, including: updating the law to deal with internet-related forms of child abuse and child sex tourism; improving the laws on statutory rape; introducing harassment orders to prevent sex offenders from contacting their victims; and decriminalising sex workers soliciting for customers. We are especially pleased that a number of important amendments we proposed to the Bill at Committee Stage have been taken on board by the Government, including:

However, we also submitted a number of other amendments, which were rejected by the government, including:

In light of rejection of the above amendments, while we are supportive of the many progressive measures contained in the Bill, we are unable to support the Bill and will abstain in the final vote. Unfortunately, the Bill does nothing to address the sexism, inequality, poverty and multiple forms of oppression based on gender, race and sexuality that lie at the root of the demand from men to purchase sex while indoor sex workers will also continue to be criminalised. Simply banning the purchase of sex without also addressing these structural issues will not in itself address demand, and certainly will not lift the economic coercion of poverty that is pushing mainly women and trans folk into working in the sex industry.

Buying sex is an expression of power over another person. 99% of buyers of sex are men, reflecting gender inequality in society. The sexist idea that women’s sexual desires are less important or subservient to that of men is amplified by the sex industry. Therefore we are sympathetic to women and trade union activists that would like to see the criminalising of the purchase of sex. However, there are zero increased exit strategies for those working in the sex industry who would like to exit it linked to this bill. There is also no special measures/social services being put in place to ensure that the criminalising the purchase of sex does not make conditions more dangerous for sex workers

To really address both the causes of sexual violence and the demand for paid sex, transformational changes to a fundamentally unjust, unequal capitalist system rooted in economic inequality, sexism and oppression are needed. Unfortunately, even the small steps in that direction that we proposed were rejected so we have decided to abstain on this Bill. As always, far more important than any legal changes or ‘law and order’ approaches to social problems is the fight against inequality and oppression by movements of workers, women, young people and oppressed groups which the Anti-Austerity Alliance wholeheartedly supports.

[1] *We would have preferred to propose more substantive amendments in all the areas in which we proposed report/review-style amendments but unfortunately Dáil standing orders prevent us from proposing any amendments that would impose a charge on the public purse. So for example, we cannot propose that the government actually improve social services or introduce proper sex education in schools as this would cost money only that they report on it. 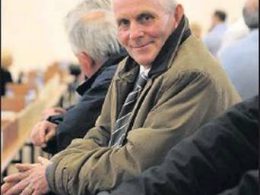 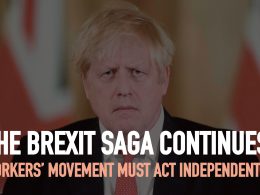 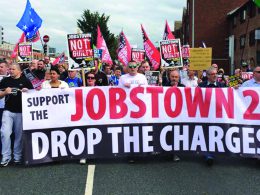