Socialism is on the rise once again internationally as a new generation looks for an alternative to the inequality and injustice of capitalism. While Bernie Sanders and Jeremy Corbyn have popularised an idea of socialism in the 21st century, many questions arise as to what socialism actually is. Here Eddie McCabe and Cillian Gillespie answer some of these questions.

Don’t we need capitalists and entrepreneurs to create wealth & jobs?

Capitalism is a system built on a lie. Many lies in fact. To morally justify a world where 62 individuals have more wealth than the poorest 3.5 billion combined, it’s necessary to concoct all sorts of myths and false truisms to support the status quo. One is the idea of the capitalist “wealth creator” whose hard graft is supposedly the driver of the whole economy, epitomised by such (exceptional) self-made billionaires as Steve Jobs of Apple Inc.

Undoubtedly Jobs was a talented individual with certain personal attributes that contributed to his success, but is it really the case that the iPhone, for example, that millions of people now carry in their pockets, and the $200 billion dollar cash pile that the Apple company has amassed, are the direct results of Steve Jobs’ innovations?

Actually two other factors play an arguably more crucial role in the existence of the iPhone. One is the role of state innovation, i.e. government-led investment (for when it’s not profitable) in research and development that produced technology essential to the iPhone: the Internet, GPS, touch-screen display and lithium-ion batteries. In fact Apple Inc. itself benefitted from state funding when it was originally set up.

As for the cash pile, tax havens like Ireland can be thanked for that!

The other factor is the living labour that goes into manufacturing iPhones, which is done by workers –the real, actual wealth creators. This includes Apple employees like the designers in California, using particular skills and talents, as well the assembly line workers in Shenzhen using others. Between those you have miners in Mongolia extracting rare earth minerals that combine to make essential iPhone parts, its screen and circuitry. Workers in Japan, Korea and Switzerland make other parts.

Society’s wealth comes from both nature and hard work by humans, but not the ones seen in Forbes or Fortune magazine.

Remarkable advances in production, science and technology have taken place in the last two centuries of capitalist development. In 2014, a team of scientists from 14 countries successfully landed a tiny craft on a small comet half a billion kilometers from Earth – a reminder of the unlimited capabilities of human ingenuity.

Without question the means now exist to begin to solve and even eradicate age-old human afflictions such as disease, malnutrition and poverty itself. The barrier is not resources, know-how, or the will to tackle these problems – if society was actually democratic, clearly a majority would prioritise these issues. Rather the barrier is the irrational laws and tendencies of a market economy.

The financial collapse in 2008 and the prolonged crisis that has followed it, has exposed the fantasy of a capitalist system that “delivers the goods”. Of course for the three billion people in this world who live of less than $2.50 a day, it never delivered any “goods” worth talking about. But capitalism isn’t about delivering the goods, it’s about delivering profits. As one president of General Motors bluntly stated, “we’re not in the business of making cars, we’re in the business of making money”.

Even in a relatively better-off country like Ireland, profiteering ensures that basic needs are never met. Take the example of housing: Ireland has always had a housing problem – a landlord problem – that was alleviated most ably when the state intervened, as in the 1960s and 70s when tens of thousands of council houses were built.

During the Celtic Tiger years, when it was profitable to invest and speculate on housing, the private sector built tens of thousands of houses each year (96,000 in 2006 alone), but a housing bubble inflated prices so dramatically that the property market crashed – as did the economy and the banks, who were bailed out with €64 billion taken from the population through austerity, including a large chunk who were left with crushing mortgage debt.

So the banks stopped lending, private developers stopped building, a housing and homelessness crisis exacerbated, and the right-wing government refused to take action because of its disastrous illusions in the market. All the while the material, the labour and the land exist in abundance to end the crisis, but the capitalist system just can’t deliver the goods.

Isn’t it best to have an economy that’s a mix between capitalism & socialism, like Sweden?

Capitalism is defined by two main things; first is the private ownership of society’s wealth and resources, including the means of production – the levers of the economy that produce more wealth. Second is the profit motive, which puts the drive for profit above all else, including people and the environment.

Ultimately, these twin features are the source of the poverty, oppression, wars and pollution that we see throughout the world. And to be sure, this world we live in is a capitalist one. Virtually every economy on the globe is based on private ownership and profit making, including places like Sweden.

Socialism would mean turning this unequal, violent and destructive world on its head, by replacing private ownership of the economy with democratic public ownership; replacing markets and competition with planning and cooperation; and replacing the drive for profit with the drive to provide for people’s needs.

Of course as well as fighting for socialism, socialists fight for any and all reforms that can be won to mitigate the worst effects of capitalist inequality and exploitation, but reforms alone are never enough and are never safe – the system will always seek to undermine or reverse them.

Sweden is often looked to as a model for a more equal society. The gains achieved in Sweden (of superior public services) were won through working-class struggle, but they have been under sustained attack over decades. While some benefits such as affordable childcare still exist, today Sweden has the most privatised school system in the world. In the 1980s Sweden’s healthcare system had 16 beds per 1,000 people, today that’s been reduced to just three per 1,000, one of the lowest rates in Europe.

So to provide all people with a decent standard of living, which is more than doable, and to save our planet from ecological catastrophe, also just about doable, we can’t compromise with the rule of the super-rich 1%. We have to challenge and end that rule, with a complete transformation of society.

Much of the confusion about socialism stems from decades of right-wing propaganda, which tries to distort its meaning to put people off. But the history of the self-described socialist movement has also contributed to the confusion. Be it reformists who want to tame capitalism and prevent revolutionary change, or the former Stalinist parties and states that constructed brutal bureaucratic dictatorships that falsely claimed to be socialist or communist.

These regimes took one important aspect of socialism – economic planning (to supplant the anarchy of the market system, replacing profit with need as purpose of economic life) – but left out an essential component: real participatory democracy, both social and economic. Planning without the input of those who run society – the working class – will inevitably be distorted and will fail.

This was the fate of the Soviet Union and other similar societies dominated by out-of-touch bureaucratic elites. Notwithstanding this fundamental flaw (and many others), however, economic planning did see Russia develop from a backward semi-feudal state to a major industrial superpower in the space of a few decades. Top-down mismanagement meant there were huge deficiencies in the quality – and often the quantity – of consumer goods, but basic necessities, such as housing, healthcare and education were generally provided for.

Genuine socialism could achieve much more than this. By harnessing the potential of the productive forces through democratic planning, infused with the collective creativity and ability of workers and young people, new heights in human development could be reached.

Can democratic socialism work in a modern economy?

Basically socialism is about matching investment of society’s resources with human need. Two essentials to organise this are, 1) a system of democratic planning on a local, regional and international level and 2) public ownership of the economy, such that the major corporations that dominate the economy are displaced.

Many capitalist economists rubbish the idea that it’s possible to plan something as complex as a modern economy. They ignore the reality that major and detailed planning by big business takes place all the time and also the existence of technology that makes such a task much easier – to monitor our consumption or potential consumption patterns, for example.

The ads that appear on your Facebook feed are there because companies are able to track which websites you visit or what you search on Google. Companies like Tescos decipher the data from ‘loyalty cards’ to determine what it is they need to order into their stores. In the early 2000s, US company Walmart utilised developments in modern technology to: “reduce the cost of transactions within the supply chain by providing daily scan-data to suppliers, creating a system in which items are rarely out of stock.”

Naturally, this planning is done in the interests of private profit not human need. Planning in a socialist economy, however, could determine what schools, hospitals and childcare facilities are needed to cater for our communities.

More broadly, socialist planning would get rid of the waste that comes from the competition and rivalries between capitalist firms and states. Such waste includes the €600 billion that is annually spent on advertising – the TV series “Mad Men” portrayed the creativity and imagination of talented people being squandered on cheap commercialism in ad agencies.

Competition also means the excessive duplication of goods such as TVs, laptops, mobile phones etc and of research and development (R&D). A socialist economy would pool the resources of society and end, for example, the criminal situation where big pharma duplicates R&D, vying to develop life saving drugs to patent them, so they can sell at exorbitant prices.

An internationally planned economy based on human need would rid our planet of the obscenity that is the global arms trade. In the last 15 years, expenditure on this industry has risen from $1.14 trillion to $1.7 trillion. It is shameful that these merchants of death have profited from the bloodshed and misery brought about by wars waged for power, profit and prestige in places like Afghanistan, the Middle East and North Africa.

A socialist world would be based on solidarity, compassion and co-operation. It would use its natural, technological and human resources for the benefit of all. 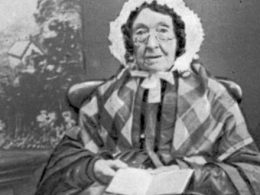 By Emma Ward  The inscription, ‘Wept by her brother’s scaffold’, was the sole memorial on the previously unmarked…
bySocialist Party
1 share
1
0
0 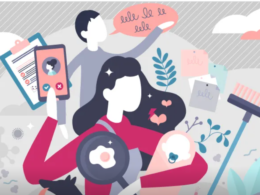 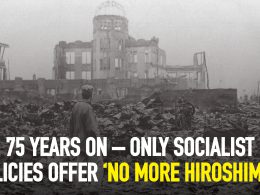 By James Clement On 6 August 1945 the world first witnessed the horrific power of the atomic bomb.…
bySocialist Party