The Socialist Party, and Socialist Party activists in ROSA and the AAA, are organising now to make this as significant a demonstration as possible. On the day, we will be there to make the point that the only Citizens’ Assembly that we need is a swift referendum to repeal the 8th.

Flowing from what is shaping up to be a hugely youthful demonstration – recent developments around the Mazer mural, the fantastic pro-choice comments from the Sydney Rose of Tralee, and the ubiquitous ‘REPEAL’ jumpers give a hint of this. It is extremely timely that Ruth Coppinger TD will introduce the AAA/PBP bill for an immediate repeal the 8th referendum to be voted on in the Dail in early October. Those who mobilise around the March for Choice should have this bill as their next focus with the potential for significant demonstrations outside the Dail to say – “Women Can’t Wait – Repeal the 8th” – now, not in the dim and distant future.

Ruth Coppinger TD has written to all the Student Unions and many will organise local rallies in their universities in support of the Bill. This is very positive and shows the potential for students to get organised and to step in to play a key active role in building a mass movement for abortion rights. Increasingly, students and Student Unions should be promoting WomenOnWeb.org. This a Netherlands based organisation of pro-choice doctors that provide women with safe, illegal abortions in Ireland with pills provided through the post after an online medical consultation.

Student Unions and students organising for abortion rights should consider whether the safe distribution of these pills in conjunction with WomenOnWeb could be a way to continue to exert massive pressure on the political establishment. They are feeling the pressure on the issue, but are trying to limit the discussion to Fatal Foetal Abnormalities (FFA) alone, a very important issue but only a very small percentage of abortion cases.

The Citizens’ Assembly is due to be convened sometime in October. Of course, pro-choice groups who get the chance to do so will make presentations advocating for repeal and for pro choice legislation. However, our position must be clear. No more pontificating on this issue is acceptable! In the spirit of the grassroots and highly effective street meetings that were everywhere at the height of the water charges movement, grassroots “Alternative Assemblies” in cities, towns and local communities could be considered.

An Alternative Assembly would highlight the reality – that women need and get abortions for a myriad of reasons every day. It could aid women to make those choices irrespective of the vile laws that exist to restrict this through promoting and explaining about the abortion pills from WomenOnWeb. This could be considered as a way to push for an immediate referendum on repeal to be linked with legislation for a woman’s right to choose. 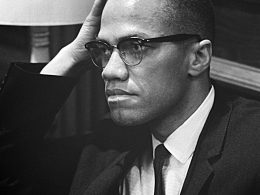 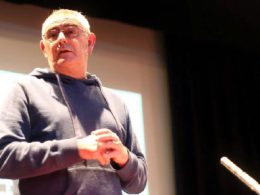