Many of those voting Sinn Féin in the recent election did so in the belief that the party represented a challenge to the status quo and the establishment. After the election Gerry Adams even made the claim that Sinn Féin were “the main party representing working people”.

In the debate about ‘fiscal space’ Sinn Féin limited their attacks on the government to their exaggeration of economic growth figures and in reality sought to restrict its proposals to the limited parameters of capitalist neo-liberalism.

This meant only 20% of the austerity measures implemented since 2009 being reversed in the lifetime of the next government. Nowhere in this debate did Sinn Fein raise the idea of taxing the wealth of the super-rich or vast profits of big business, despite companies like Apple owing €17 billion to the state.

Low pay permeates the Irish economy. Ireland has the largest percentage of low paid workers in Europe, 25% earn less than the living wage of €11.45 an hour. In this context the proposal put forward by the Anti-Austerity Alliance of a minimum wage of €12 an hour to be made the minimum wage, as a step towards a minimum wage of €14 an hour would gain a huge resonance.

Surely this is something a party that calls itself “the main party representing working people” would be putting to the fore. What did their manifesto say exactly?

It may come as a surprise to many that Sinn Féin called for a minimum wage increase of a mere 50c an hour. This would not even cover the massive hikes in rents that people are facing! They also only committed to having all public sector workers on the living wage in 5 years, this was actually less ambitious then Fianna Fáil’s proposals!

We are in the middle of an historic housing crisis. 130,000 families are on the housing waiting lists while over 1,500 children are homeless in Dublin. Sinn Féin won a large amount of votes for its demand of building 100,000 homes.

However they only proposed to build this many homes by 2030 and only 36,500 homes over the course of the next five years. An affordable home is a right and a genuine left government would not preside over whether people are entitled to this right or not by only building a limited number.

Sinn Féin’s justification for this modest increase is that ‘The delivery of our plan is slower in the first couple of years, reflecting…the restriction of funding…due to the expenditure benchmark’ and ‘fiscal space available’.

Overall Sinn Fein’s approach has been to moderate its demands in an attempt to woo the capitalist establishment parties in the hope of a coalition deal. Since the election Sinn Fein have stepped back from seeking a coalition with the establishment parties. However throughout the campaign they refused to rule this out. In September of last year, Adams said that they could enter a coalition with “Whoever is successful in the election.”

Any party or coalition that bases itself on the idea of there being limited ‘fiscal space’, that refuses to increase tax on corporations or question the ownership and control of the economy by the capitalist class will fail to satisfy the legitimate and basic demands of working people. In order to deliver on people’s demands we need a genuine left government that will not be afraid of challenging the economic power of big business and the austerity rules. 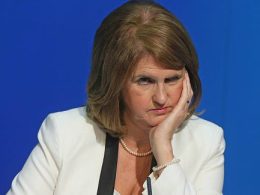 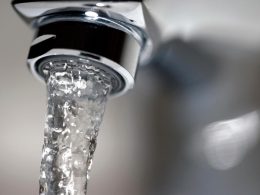 By Conor Burke The quality of drinking water in Ireland has long been a topic of contention. Hardly…
bySocialist Party 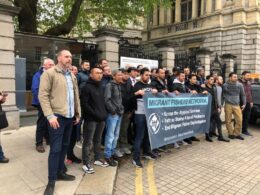