The Labour Party is desperate to try demonstrate in the short time that remains for this government that it can deliver for workers. This, and the original scheduled expiring of the Haddington Road Agreement were the key factors motivating the negotiations resulting in the Lansdowne Road agreement they reached with the leaders of the public sector unions and which will go to ballot in the coming weeks and months.

There will be an understandable inclination among many, especially lower paid, public servants to take what is on offer which amounts to a restoration of between a third and a half of what was taken from them during the crisis in take home pay between the pension levy introduced in 2009 and the across the board pay cuts that were applied in 2010. However when taking into account the totality of attacks that public servants have endured through the crisis including the Universal Social Charge (which affected all workers) and the changes in hours and conditions as well as the reduction of public service numbers that remain in place it is clear why this deal should be rejected and a struggle mounted to obtain more. Otherwise this deal represents fundamentally a continued undermining of the position of public service workers and of public services which will be felt by us all.

The proposed partial restoration comes in three stages (1stJanuary and 1st September 2016 and then 1st September 2017) at a total cost of €566 million and no other increases or restorations will be entertained up to September 2018. No consideration whatsoever for example has been given to the cost of living rises that have taken place or are anticipated to take place in the lifetime of this agreement (compound inflation from 2011 to 2014 was 10.7%).

Contrast this with how the top 300 richest in this country increased their own wealth by €34 billion over the last five years.

If this pace of piecemeal restoration was maintained beyond 2018 it would take between six and nine years for public servants to regain what was lost in the course of the crisis in pay cuts and pension levies leaving aside cost of living increases and Universal Social Charge.

The failure of this agreement to address the issue of the additional hours that most public servants were required to work for no additional pay (an effective cut in the rate of pay) along with other attacks that were contained in the Haddington Road Agreement like cuts in overtime and other premia amounts to a consolidation of those changes. This is a major factor in the recommendation for rejection that has come from the leadership of the Teachers Union of Ireland and the Irish Medical Organisation.

Likewise the agreement leaves in place a two tier public service workforce whereby any new recruits will start on 10% less pay as well as lesser pension conditions than their senior colleagues. This betrayal of the new generation of public servants has been partly obscured by the lack of recruitment since it was agreed. However, where new staff, for example teachers, have entered the service in recent years there is understandable resentment among them towards the unions for failing them.

Any deal that arises from pure negotiation between the current trade union leadership and the government with an absence of prior struggle involving the membership was always going to be poor. This government is weak and the Labour Party in particular nervous about its prospects. Despite this it is clear that the public service union leaders facilitated Labour’s rush to cobble together an agreement. A serious lead by a number of trade union leaders, particularly those who rejected Croke Park 2 (the earlier draft of Haddington Road) and a struggle on the ground based on real restoration of pay and conditions and an end to a two tier workforce could have resulted in a much better offer from the government and repair some of the damage that has been done to the public service unions arising from the succession of retreats and surrenders that took place during the crisis which has resulted in significant resignations from the unions and obstacles to recruiting new members who starting on lesser conditions. However if the arguments against this deal can get a wide airing through workplace leafleting as well as at the local meetings being convened by the unions trying to sell it to the members then a majority for rejection could be built in a range of unions serving as a springboard for a real struggle emulating the spirit of the anti water charges movement which many ordinary public servants have supported and participated in.

Regardless of the outcome of the ballot the reality of a continuing recovery for the rich, the crisis in public services and the struggle to meet cost of living together mean that ordinary public service workers are well within their rights to mount further claims in the months and years ahead. The initiative for this will precisely have to come from the rank and file as the public service trade union leadership as a whole will be the ones who will try stick hardest to the weak terms they negotiated if they are passed.

The current trade union leadership in the public and private sector does not have an industrial strategy to reverse the austerity that has been inflicted on the working class and likewise to fight to ensure that we don’t pay for the “recovery” in the form of low pay, poor conditions and precarious employment. Instead their emphasis is more on a political strategy of sorts that consists of twisting Labour’s arm to throw us a few bones in advance of the next election and hoping for a more sympathetic government next time around. In order words it’s a continuation of how the trade union leadership conducted themselves throughout the course of the crisis.

The task remains for transforming the unions in fighting and democratic organisations primary based on the notion that strength lies in mobilising the membership.

·         Reject the Lansdowne Road agreement and mount a serious fight against this government for restoration of pay, hours, conditions, a two tier workforce and an expansion of public services with all the necessary recruitment of new staff that entails

·         Democratise the trade union movement – all full time officials should be subject to election and recall and their pay and conditions correspond with that of the members they represent.

·         No return to ‘social partnership’. Instead fight for an industrial and organising strategy across the trade union movement which empowers the membership and rank and file activists/shop stewards to take action to restore pay and conditions.

·         Break the Industrial Relations Act and employers’ use of court injunctions that are both used to stymie effective strike tactics in the tradition of Larkin and Connolly. 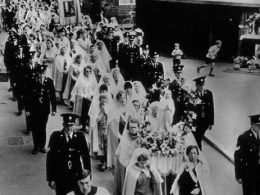 From the 1943 Cavan Fire in which 35 children and one adult perished after nuns refused to let girls escape to avoid them being seen in their night-gowns; to the enslavement of poor women in Magdalene Laundries, the last of which closed only in 1996; to the systemic cover-up of child sexual abuse; to the deplorable and sinister infant and child mortality rates in Mother & Baby Homes - the litany of abuse, degradation and oppression presided over by Church and State in Ireland, is simply confounding.
bySocialist Party 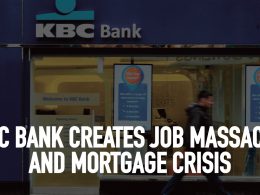 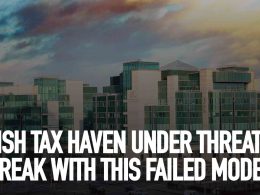 By Manus Lenihan For decades Irish economic policy has been based on low tax for multinational corporations. The…
bySocialist Party
20 shares
20
0
0 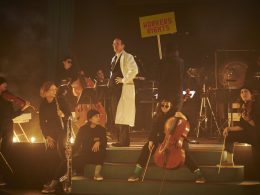