The following article was written is a review of the book Fifty Shades of Grey written upon its release in September 2012. A film adaptation of the book was released last Friday. The article is written by a member of the Socialist Party in Australia.

The protagonist Anastasia Steele (Ana) is, in the author’s mind, the epitome of innocence. She drinks tea, reads classical literature and does not know how to use a computer, despite being a 22 year old university student. She is also a virgin. Enter Christian Grey, who apparently has very few other traits apart from being good looking, controlling and abusive.

Not only does Christian want to control Ana in the bedroom, he wants to control every aspect of her life, including her diet and her choice of birth control. In fact he forces her to take the pill due to his disdain for using condoms. These sexist traits only reinforce negative impressions of women and normalise abusive relationships. They have nothing to do with genuine erotica.

There are two sex scenes in particular that highlight the worst aspects of the book. In one the author (a woman) describes the loss of Ana’s virginity as Christian “slamming” into her virginity. Far from empowering young women, and preparing them for the reality of sex for the first time, this scene is nothing short of degrading.

The second is the scene where Christian removes Ana’s tampon without her permission and proceeds to have sex with her. Ana’s only response to this non-consensual act is to “gasp”. Christian’s assumption that Ana will always enjoy what he does is a recurrent them throughout the book.

One point that has been raised in a number of reviews is that while this book may be trash, at least it’s got women talking openly about sex. The truth is that many women who have read this book are not raving about the sex scenes. In fact most people seem to enjoy the narrative despite the sex scenes and despite the negative way that it portrays women.

The idea pushed is that while Christian Grey may have problems – he can be fixed. All he needs is love. This is not a progressive message. The way men act and the way that women are treated, both in general and in the bedroom, is a symptom of a deeply unequal society. This is what fundamentally leads some men to think that they can control women.

This is reinforced by things like the fact that women earn less than men and that they are given a lower social status in most aspects of life. Women won’t be empowered by second rate books that strengthen backwards views. The only way to really empower women is by challenging the system that breeds sexism and inequality in the first place.

This book, despite the hype, is not progressive in any way, shape or form. It promotes the dominant societal view that women’s sexuality is merely an extension of men’s desires. To genuinely challenge the sexual repression of women we must first recognise how and why women are oppressed and what gains for women are still to be won. Liberation from sexist repression will allow both men and women to explore sexuality more freely without echoing the gender stereotypes enforced under capitalism and promoted in Fifty Shades of Grey. 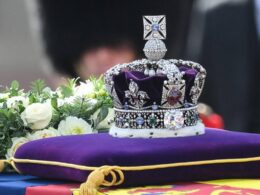 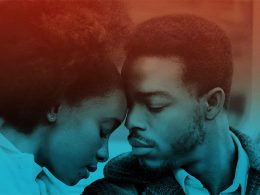