The huge change of attitudes in Ireland to LGBTQ people which has taken place over the last decades has been clearly shown this year.

The huge change of attitudes in Ireland to LGBTQ people which has taken place over the last decades has been clearly shown this year. Thousands participated in protests against RTE’s disgraceful decision to hand over 80,000 euro to the homophobes of the Catholic right as damages for the ‘defamation’ of being called out on their bigotry.

In March, hundreds of students in NUIG crowded around an anti-gay marriage stall set up on the main campus canteen, standing there for hours and showing the homophobic campaigners behind the display that they weren’t welcome in the college.

The roots of change – radicalisation & struggle

There will be a referendum on Marriage Equality next year. All the opinion polls indicate that there is a strong chance of a victory, and the attainment of full, legal equality for same-sex relationships. However, the ‘Pantigate’ incident has shown the intent of the Catholic right to put up a fight on the issue. To ensure victory, we need to build an active, grassroots movement for equality.

The Irish political establishment will not fight these battles for us. They remain in thrall to a conservative ideology.  This was shown up graphically by the capitulation of RTE to the threat of the Catholic right.

On abortion rights, they introduced a law last year which criminalises women who have illegal abortions, and cemented the situation where thousands of women must leave the country every year to access safe and legal terminations.

They remain committed to the control of the Catholic Church over public services.

Oppression, both in law and in society, remains part of the reality for LGBTQ people in Ireland. Homophobic violence and harassment, in particular homophobic bullying in schools, remains rife. The control of the church over public services creates a situation where LGBTQ people working in schools, hospitals and other public services run by the church can be legally discriminated against by their employer.

This discrimination must be outlawed and more fundamentally, we need a real separation of church and state in this country. How can we combat homophobic bullying in schools and provide progressive sex education, when the boards of schools still have representation from homophobic bigots?

Despite the judgment in the Lydia Foy case 2007, the government has delayed on the introduction of Gender Recognition for Transgender and Intersex people. The bill they have finally introduced represents progress but includes a horrific provision requiring the dissolution of marriages for married Transgender people who apply for recognition of their preferred gender.

Internationally, we see the need for an LGBTQ movement based on solidarity and struggle. In Russia, we see the new homophobic laws and the campaign of hatred and violence against LGBTQ people orchestrated by the far right and the state. In Uganda, life imprisonment is a punishment for gay sex. In Europe we have seen in the recent elections the rise of far right, racist and homophobic parties in many countries.

The conservative ideology about gender roles and sexuality which underpins homophobia and transphobia, is fundamentally embedded in Irish capitalist society.

We remain dominated by the same state, the churches, the same institutions and the same right-wing political parties which gave us the Magdelene laundries and the Mother and Baby homes. In the context of massive inequality and ongoing austerity, the redevelopment of backward ideas remains a threat. We need an active and political movement for LGBTQ equality linked to opposition to all forms of oppression and challenging social and economic inequality in our society. 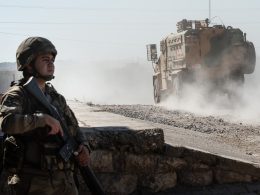 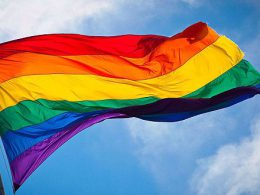 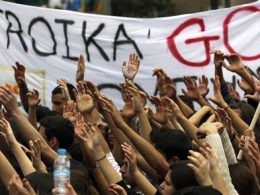