First they asked us to pay for the crisis, now they are asking us to pay for the “recovery”! Hardly a day goes by without some new announcement in the media about economic recovery. But rather than seizing the so-called recovery to ease the burden, the government are actually stepping up their austerity agenda. A sharp edge of this continuing policy is the drive to impose water charges.

First they asked us to pay for the crisis, now they are asking us to pay for the “recovery”! Hardly a day goes by without some new announcement in the media about economic recovery. But rather than seizing the so-called recovery to ease the burden, the government are actually stepping up their austerity agenda. A sharp edge of this continuing policy is the drive to impose water charges.

The AAA has been to the fore in campaigning against the introduction of water charges with public meetings, stalls, and protests being organized all across the country to begin building a new fighting campaign that can resist the water bills when they arrive in January 2015. We have had a phenomenal response from ordinary people and the refrain is the same, we have nothing more to give, we can’t make ends meet. Clearly the water tax, is a tax too far.

The AAA is convening an open forum on combatting water charges and how we can build the pressure for lifting the austerity burden. The event will take place in the Ashling Hotel, Parkgate Street (near Heuston Station) on Saturday 22 March starting at 2.00pm.

The main discussion will be to outline what type of campaign we need to fight water charges, and we will be drawing on the experience of current campaigns in Europe. Gail Morrow, the Scottish Secretary of the Anti Bedroom Tax Campaign will be speaking and explaining how their campaign on non-payment helped sink the bedroom tax in Scotland.

George Archontopoulos, president of the water workers union near Salonika in northern Greece will also be speaking. George’s union has organised a Save Our Water campaign along with the local community to oppose the proposed privatisation of the regional water company and union members have taken strike action to fight the attack.

But this isn’t the first time we have had water charges foisted onto ordinary people. In the 1990s the Federation of Dublin Anti-Water Charges Campaign organised a mass boycott that forced the government to abandon their plans at that stage. Joe Higgins TD, was a central leader of that campaign, and Joe will address the forum outlining valuable lessons from that successful campaign

The forum will end with a rally of anti-austerity speakers. Author and health campaigner, Maire O’Connor, will speak on how austerity is destroying our health service and outline the impact of the proposed new “health tax” the government wish to introduce.

John Douglas, the General Secretary of Mandate trade union, who have lodged a series of pay claims for their members, will be speaking on why workers should get organised and fight for better pay, and Paul Murphy, Socialist Party MEP for Dublin, will outline the argument for a general fight back and the need for a new political alternative for working class people. The AAA is to the fore in developing an active campaigning alternative to austerity, but we want you to join us. Come along and find out more

Crimea breaks away to join Russia - tensions between powers worsen 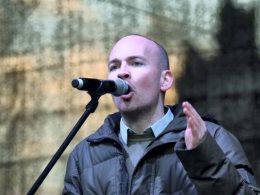 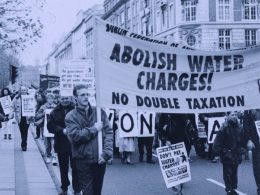 Water charges were strongly resisted throughout the country since 1983. In the end it was the intense battle waged in Dublin for three years which resulted in their abolition in 1996. There were many facets of this campaign but this article will try to outline the key lessons that can be learned and on that basis pose the tasks facing the new movement against refuse charges.
bySocialist Party