Although Nicolas Anelka has never been far from controversy, the West Broms striker’s behaviour took a darker turn when he performed the ‘quenelle’ salute after scoring against West Ham. The quenelle, described as an inverse Nazi salute was invented by French comedian Dieudonné M’bala who has been convicted for hate-speech several times.

Although Nicolas Anelka has never been far from controversy, the West Broms striker’s behaviour took a darker turn when he performed the ‘quenelle’ salute after scoring against West Ham. The quenelle, described as an inverse Nazi salute was invented by French comedian Dieudonné M’bala who has been convicted for hate-speech several times.

It has become popular among far-right anti-Semites and Islamic fundamentalists as a way to intimidate the Jewish community without facing the legal consequences that come with a traditional Nazi salute. The quenelle has become an internet sensation among these groups with hundreds of photos being uploaded of people performing it at holocaust memorial sites and other Jewish landmarks. Anelka’s behaviour has helped publicize the salute and shortly after his quenelle a picture went viral of a man doing a quenelle outside a Jewish school where three children were killed in a 2012.

Coming after numerous racists incidents in football, West Brom’s approach has been shamefully light-handed, with the only action taken so far being to get Anelka to agree not to do it again. The clubs and football authorities refuse to really tackle racism – suspending one of your top players will have financial consequences! Like Louis Suarez and John Terry who after short bans went on with their career as normal, if the player produces on the field, all will be forgiven. This approach has thankfully come under criticism with notable players such as Rio Ferdinand withdrawing from the Kick it Out Campaign.

Referees have the power to stop the match to deal with racist incidents but this power is seldom used. It was successfully used to stop racist chanting during an AC Milan and Roma fixture. It needs to take on widespread use and UEFA need to be willing to take decisive measures to challenge racism in football, even if they are disruptive to play, and to profits. 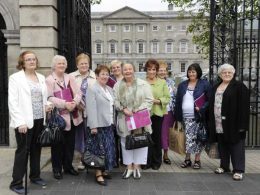