Boateng picked up the ball and kicked it into the crowd at the group of people who were abusing him before storming off the pitch. AC Milan refused to play the rest of the game.

In the following days Boateng received much praise for his actions as people were happy to see someone do more to tackle the problem of racism in football than FIFA or UEFA have ever done.

The attitude of the game’s governing body, FIFA, towards racism has always been deplorable. Even with this incident, Boateng has been criticised by FIFA President Sepp Blatter, for his actions. Blatter said: “Walk off? No. I don’t think that is the solution.”

Even though we have seen multiple incidents of a racist nature just in the recent past (such as the abuse received by England U21 players in Serbia last October as well as many incidents in Spain and Italy) there has been far too little done about it.

Italy especially has been plagued by this problem for a long time due to the far-right nature of much of the football supporters in the country. Teams such as Lazio and Verona are renowned for racist behaviour at their matches.

What is needed to stop these incidents occurring, and what Boateng himself alluded to during the week, is for lifetime bans to be given out to fans who engage in such behaviour. The English FA has taken a fairly hard-line stance on the subject in recent times but not many other countries have. FIFA and UEFA need to act to stop this behaviour as it is a scourge on the game and society in general.

EU Presidency: A government of austerity driving it across Europe

Brian Cowen fifth best global leader! You must be joking 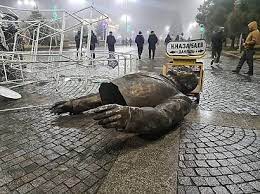