Dear Editor, SIPTU General President Jack O’Connor’s attack on the angry workers and pensioners who were demanding action, including strike action, to fight the ongoing assault on their livelihood and living standards during ICTU President Eugene McGlone’s speech at last Saturday’s pre budget protest and his attempt to claim political orchestration is a transparent ruse to shift attention away from the inaction of trade union leaders in response to the austerity agenda.

Dear Editor, SIPTU General President Jack O’Connor’s attack on the angry workers and pensioners who were demanding action, including strike action, to fight the ongoing assault on their livelihood and living standards during ICTU President Eugene McGlone’s speech at last Saturday’s pre budget protest and his attempt to claim political orchestration is a transparent ruse to shift attention away from the inaction of trade union leaders in response to the austerity agenda.

It can be seen what a chasm separates ordinary workers from their leadership when the General President of the biggest union labels as ‘fascist’ working people and pensioners seething with anger at his failure and that of the rest of the official trade union leadership to mount any credible resistance to the disastrous austerity agenda. That is why there was an instinctive reaction when Mr McGlone was introduced, not because of any orchestration by members of the United Left Alliance or Sinn Féin as alleged so by Jack O Connor.

Is it any wonder that working class people are disillusioned with the trade union leadership? The Budget on 5th December will set out the next stage of the ongoing austerity agendas as the banks and bondholders continue to be bailed out. The biggest attack on the living standards of ordinary people will be the introduction of a property tax, which is simply a tax on the homes of individuals and families. The tax demand could be anything from €400 to €800 for a range of average homes.

The scale of anger and opposition to this new imposition can best be predicted by looking at the huge and active boycott of the Household Tax with 50% of single homeowners refusing to register or pay despite threats of legal sanction against them. SIPTU, while opposing in words the Household Tax, is publicly on the record in favour of the property tax which will be massively more onerous, demanding that it be ‘fair and progressive’.

How can any tax be ‘fair and progressive’ when it is part of the ruinous policy of the Fine Gael/Labour government to continue Fianna Fáil policy of honouring the odious debt foisted on the Irish people to salvage the major bankers and speculators who gambled and lost on the Irish property bubble? And when it will further deflate the domestic economy thus giving another twist to unemployment and emigration?

The Irish Congress of Trade Union leadership, of which SIPTU is the largest affiliate supported in words the call by the European Trade Union Confederation (ETUC) for an international day of strike action against austerity which was observed across southern Europe on 14 November and yet nothing was done to make it a reality on the ground.

The call by my party colleague Councillor Ruth Coppinger and others from the platform for the need for a sustained campaign of protest and strike action to defeat austerity received warm support from the crowd.

The plain fact is that Mr O’Connor and most of the trade union leadership opposes the necessary escalation in the fight against austerity. The conclusion that rank and file members need to draw is that they need to organise themselves and struggle for a fighting response from their unions and to replace the current leadership with one capable of defending workers in what has been mostly a one sided class war.

By doing this we can better ensure that the next day of international action against austerity nominated by ETUC on 23rd March 2013 will be marked in this country.

Mr O’Connor and the trade union leadership are seeking to commemorate the 1913 Dublin Lockout next year. They are light years from the best fighting tradition of Connolly and Larkin. Real action against austerity is the best way to mark the centenary of the 1913 lockout.

ULA - Not measuring up to political challenges 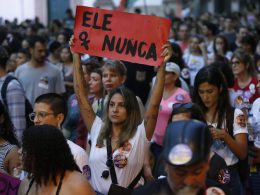 The Ragged Trousered Philanthropists by Robert Tressell is a classic book, which every socialist should read. Although written in the early part of the last century its ideas and characters are fresh and interesting. Its author was a worker who died 100 years ago in poverty but this article and review reprinted from 1977, shows how his legacy lives on. 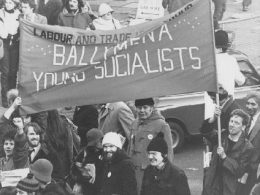