With the uncovering of Mick Wallace’s tax evasion in June, things took a significant turn for the worse for the ULA. That Clare Daly politically supported Wallace was very damaging.

Everyone involved hopes that the undermining of the ULA will end. However, weeks after having left the Socialist Party, denying that Mick Wallace was the issue, it was widely reported in the media that Clare Daly spoke (three times) in support of Wallace at a Dail Technical Group meeting. Unfortunately, political support for him is still demonstrated each week in the Dail.

If such support continues, not only will it further damage the ULA, it will undermine the political position of the ULA overall as important issues of principle are at stake.

Events have demonstrated that fundamentally Mick Wallace is a construction boss who engaged in significant tax evasion – those are the salient facts.

The ULA, or its public reps, should have no political connection to a capitalist, doubly so one who is also guilty of tax evasion if it is serious about trying to build a principled left and socialist force among the working class.

The Socialist Party believes that the ULA should adopt a firm and clear position that none of its reps should have any political connection to Mick Wallace, including not sitting beside him in the Dail, which is a demonstration of political support and nothing else. If any TD wants to flout such a position, at least the ULA attitude should be clear publicly, so that the damage is to the TD and as little as possible to the ULA.

Clare Daly’s political support for Mick Wallace reflects a move away from the advocacy of a socialist alternative, towards a broader political position. That there is a controversy in the ULA whereby some minimise the significance of this issue, raises the question of whether there is an overall shift away from trying to build the ULA as a principled mass left / socialist force.

Some non-aligned members of the ULA seem to think that the ULA should be open not only to working with other TDs on specific issues, but in a broader political sense, including TDs like Luke Flanagan and even Mick Wallace.

At the ULA Council, members of the Socialist Workers Party argued precisely that the ULA should be politically broadened out and open to others, including other TDs. No mention was made of the political basis upon which this broadening out should be based. Presumably because for them, it would be minimal.

Rather than the ULA profile being mired and blurred in the Technical Group, the ULA would have a much better chance to promote its profile as a principled, independent left force.

Dermot Connolly (People Before Profit Alliance / ULA) raised objection to this idea and defended co-signing, basically saying that the ULA should be more flexible and should see itself as part of the overall “opposition” in the Dail, citing that sometimes the ULA should support Fianna Fail motions, like one calling for the resignation of Health Minister Reilly.

Socialist Party MEP Paul Murphy answered that sometimes it is correct to vote for this or that motion, but co-signing motions and having motions co-signed implies more and blurs the lines and in general it’s best to avoid it.

The ULA has been knocked back by being connected with Mick Wallace and by the withdrawal of the WUAG. On top of that, there is an outline of significant differences as to the political direction it should go.

The ULA needs to take a turn to the left and towards the advocacy of an explicitly socialist alternative as the only real response to the worsening capitalist crisis. That needs to be coupled with strong and direct involvement by the ULA and its members in the key issues facing working class people. That means fighting austerity and the key battle on austerity is the one against the household and property taxes.

A strong approach to struggle, an independent profile and socialist policies is the way the ULA can grow and really carve itself out as a real alternative to the government parties and to Sinn Fein. If that approach isn’t taken the potential of the ULA can unfortunately be decisively undermined. 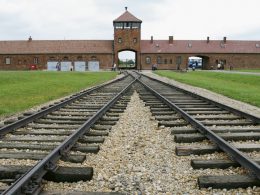 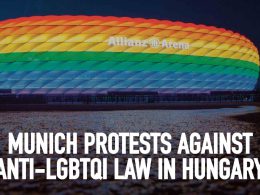 Independent Newspapers attempt to manufacture an artificial controversy over Socialist Party and some other Left TDs’ travel allowance being used to attend anti House Tax meetings around the country is a transparent attempt to smear those who are engaged in a major fight against destructive austerity policies in general and the Household Tax in particular.