A number of arguments are advanced as to why this State should now burden its hard pressed workers, pensioners and social welfare dependents with a new tax. Among the most common reasons why we should be so burdened they say is that ‘every country in Europe has some form of property tax’ and that a property tax ‘broadens the tax base by reducing the reliance on taxes on work’. Both are lazy arguments that provide no justification for what is being planned.

The fact that many European countries may have some kind of property tax in place is not a reason to blindly follow here. Any comparison in the field of taxation, as with wages and salaries, would have to take a multiplicity of factors into account before any meaningful conclusions could be arrived at. Thus the rates and amounts of income tax and of indirect and stealth taxes obtaining in different jurisdictions would have to be factored in. So also would the rate of tax on big business profits which in this State is nearly the lowest in the European Union.

The advocates of the property tax do not match their enthusiasm for this facet of alleged European practice with demands for other aspects of social or economic policies that enhance the lives of citizens in some other EU Member States and are far in advance of what exists here. Affordable childcare is an example that would spring to mind.

Among the most dishonest of arguments is that a tax on people’s homes reduces a reliance on tax from workers’ wages and salaries. The implication is that the money to pay a home tax will come from some mysterious source available to the ordinary worker. People’s dwellings generate no income. The reality therefore is that such a tax would have to come from the very same wage that PAYE income tax is taken from. The semantics and political dishonesty involved in the ‘broadening the tax base’ argument is now shredded with the proposal that the Revenue Commissioners will be made responsible for the new tax and that they may have the power to deduct it directly from workers’ incomes.

The bald truth is that the attempt to impose a home tax and a new, substantial tax on water to people’s homes is a further blatant increment in the disastrous agenda of making ordinary people pay for the crisis of the European financial markets system brought about by the speculation and profiteering of its main players who were facilitated by the right wing political establishment in virtually every country in Europe over the last twenty years. It should be clear by now that this policy of austerity is not just morally reprehensible but continues to stagnate our domestic economy with the resultant ills of mass unemployment, forced emigration and inordinate pressure on crucial public services.

Anybody who can take a few minutes to look in at the Bondwatch Ireland blog today will see the insanity of the Fine Gael/Labour Government persisting with the bondholder bailout policy inherited from Fianna Fail. There, it is explained how on Monday next, September 3, Anglo Irish Bank in its new guise of the IBRC will pay out €600 million to bondholders while four weeks later on 1 October, Allied Irish Banks into which billions of taxpayers funds have been pumped will pay one billion Euro. This puts into perspective the bullying of local communities by the government and the Minister for the Environment over the boycott of the Household Tax whereby severe cuts are being inflicted on local authority services.

The government better get real about the feelings of a majority in regard to the agenda to construct a new parallel tier of taxation that is designed to reach an average of €1,300 per household. The fact that half of homeowners are boycotting the Household Tax, and that many who paid did so under strong protest, shows that there is no consent by the majority for the ongoing policy of forcing them and society to suffer for the bad gambling debts of the speculators. As the Campaign against Household and Water Taxes has warned, persisting with this policy will see working class people and many other hard pressed strata in society come out in open revolt even overshadowing the huge and active opposition to the Household Tax. 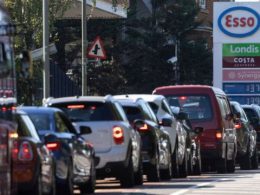 Energy crisis in Britain: Why a socialist green deal is needed

By Mike Forster, Socialist Alternative (our sister organisation in England, Wales and Scotland) Headlines warning of a Winter…
bySocialist Party

On Wednesday 14 November, at short notice over 2,000 people gathered at the Dáil to mourn and protest the death of Savita Halappanavar. With calls of Never Again people demanded changes to Ireland's backward abortion laws. At this protest Socialist Party Cllr. Ruth Coppinger announced Paul Murphy MEP's call for an International day of Action for Legal Abortion in Ireland on Wednesday 21 November.

Fingal County Council's Finance Director has stated that the proposed Household Tax will be of "no benefit" to local councils as it goes "straight into the Local Government Fund". The categorical statement from Mr Pat Keane came when presenting Fingal's Annual Budget  (20 Dec) and directly contradicts Minister Hogan's claim that the Household Tax is to fund libraries, fire brigades and other local services.