A press conference was held today launching the Socialist Party’s austeritytreaty.ie website and the pamphlet on “Austerity Treaty explained: how it undermines democracy & institutionalises austerity”.

A press conference was held today launching the Socialist Party’s austeritytreaty.ie website and the pamphlet on “Austerity Treaty explained: how it undermines democracy & institutionalises austerity”.

In contrast to the taxpayer funded government website, the austeritytreaty.ie website gives the true story about the impact of this Treaty on people’s lives. In a series of short videos, the key features of the Treaty such as the austerity required and the bondholder pay outs it demands are explained. The website also answers the scaremongering arguments of the government, and explains in detail how the blackmail of the government is in fact a false threat.

The website also turns attention to the crucial democratic arguments against this Treaty. It explains how the treaty gives yet more powers to the unelected and unaccountable European Commission and enables countries in ‘Excessive Deficit Procedures’ to be effectively placed into administration with their budgets written by the Commission and Council. It outlines how  writing the structural deficit target into law is an attempt to remove people’s right to choose an alternative to austerity policies.

Also available to buy on the website is the new pamphlet from Paul Murphy MEP,  ‘Austerity Treaty explained: how it undermines democracy & institutionalises austerity’. This has already sold extremely well at public meetings right across the country. According to Paul Murphy “there is a thirst out there for an explanation of what this Treaty will mean for people’s lives and a strong distrust of the government’s arguments. I have spoken at a number of meetings of the Campaign Against Household and Water Taxes about this Treaty in the last week and everywhere, large number of anti-household tax activists are signing up to actively campaign against this Treaty for the next three weeks”. 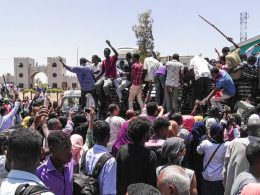 On the world stage, the case of Julian Assange is about U.S. imperialism’s need to punish WikiLeaks. There is no doubt that the Swedish state and the government would be happy to assist the US. However, the case is also about serious allegations of rape, which must be investigated.

After Portugal, Ireland is next domino, says Socialist MEP

Crisis requires action from Minister Noonan, not more “we are not Portugal” T-shirts