Household Tax: start of revolt against all austerity

“Opposition to the tax is raising questions about Dublin’s ability to implement a further €9 billion in promised austerity measures over the next four years” – Financial Times, 2 April 2012.

“Opposition to the tax is raising questions about Dublin’s ability to implement a further €9 billion in promised austerity measures over the next four years” – Financial Times, 2 April 2012.

The revolt against the household tax is a revolt against austerity policies which seek to make middle and lower income families pay for a crisis made by bankers and speculators.

Over the past four years ordinary working class families have taken it in the neck again and again with pay cuts, cuts to services, mass unemployment and tax hikes.

The fact that one million households refused to pay or register for the household tax by the government’s deadline is a sure sign that big numbers of people are now saying “Enough!”.

We must now defend mass non-payment with all of our efforts and promote the fight against all other austerity policies.

When the government start to install water meters in housing estates later this year (part of their plans for a water tax in 2014) the CAHWT must try to garner active community support to block the installations.

When the government introduce a property tax on the family home next year the CAHWT must step up the non-payment campaign. If they try to deduct it at source mass street protests must be organised with pressure on the unions to join in.

The referendum on the Fiscal Treaty on 31 May represents a real chance to strike a strong blow against austerity policies. The Treaty is, in reality, an austerity treaty which aims to bind future governments to a permanent austerity policy.  The Treaty’s debt reduction targets could mean nearly €6 billion in extra cuts and tax increases above and beyond the Troika’s cuts programme.  The Socialist Party will be inviting anti-household tax campaigners to join us in campaigning for a No vote in this referendum.

The Campaign Against Household and Water Taxes has shown how a strong “people power” campaign can put the government under pressure.  If the leaders of the unions had fought government policies with even a fraction of the determination shown by this campaign many other austerity policies could have been defeated.  Ordinary workers need to organise within their unions, to take them back and make them fight for the interests of ordinary people.

Last but not least the high levels of non-payment show a deep desire for an alternative to the policy of austerity.  Austerity isn’t working.  We were promised that austerity would turn the economy around.  Instead, it is strangling the economy, destroying jobs and driving the country deeper into recession. 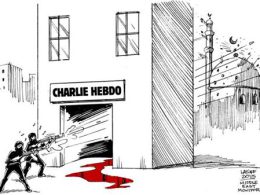 Build the ULA, build the fight back!

It’s just two months into this new Dail and the character of the new government is clear. Its the same as the old one, kneels before the ditaks of the EU/IMF, with the Labour Party in particular, arrogantly lecturing working class people to accept austerity cuts. As someone on the radio said, "Same circus, just different clowns!"