On Friday 24 February, the official GUE/NGL delegation was over and I spent the day with members of Xekinima (the Socialist Party’s sister party in Greece) visiting and discussing with different groups of workers in struggle.

On Friday 24 February, the official GUE/NGL delegation was over and I spent the day with members of Xekinima (the Socialist Party’s sister party in Greece) visiting and discussing with different groups of workers in struggle.

To start the morning , we visited the Ministry of Labour which is occupied by workers from the social housing organisation (OEK). Banners with their key demands wave outside. Apparently a few weeks ago, there were banners indicating these occupations on practically every block as the workplace occupations were very widespread. Now, with the passing of the second memorandum there is a certain temporary decline and there are less occupations.

The occupying workers again detailed the horrific impact that the closure of their organisation would mean. During the occupation, they were continuing to service the needs of those who use their services, providing rent allowance and mortgage assistance. However, they were refusing to do tasks such as the planning of further social housing that will simply never be built.

Our visit to the workplace evidently had a good impact on morale. The workers were very happy to have someone coming to show support. The general points I made about the struggle against austerity and the Troika not being just for Greek workers alone, but for working people in Ireland, Portugal, Spain, Italy and all across Europe went down very well. The idea of a united struggle  received a very warm response everywhere I went.

Next, we went to the courthouse where an important case was due to take place. A privately owned daily newspaper, Eleftherotypia, had not paid its workers for months last year. Then it declared bankruptcy, shut down and sought to avoid paying the workers the wages and redundancy money they were owed. In response, the workers organised strike action and have now taken over the newspaper, releasing an edition of the paper renamed “Oi Ergazomenoi”, meaning “The Workers’ Newspaper”. The first edition, which was published last week, was the biggest selling newspaper on that day in all of Greece, illustrating the widespread solidarity and support for these workers as well as the thirst for left-wing ideas and reports of other workers’ struggles.

Now, the owner was attempting through the court to stop the workers producing the paper for the second edition, which is planned tomorrow. She was seeking an injunction to prevent the paper from being published tomorrow. I was present in the judge’s office when the legal arguments were made by both sides. Effectively the company claimed the workers were using the intellectual property of the company by having a similar lay-out. The workers’ lawyers rejected that and said that was what involved here was a question of freedom of the press and workers’ rights.

The judge heard the arguments and said she had to think about it but warned there might be a problem in getting a decision officialised because of a strike. The lawyers are also on strike which prevents them from doing certain actions in court! After we left the court, we discussed with the workers in the newspaper and the leaders of the journalists union. We were walking to the offices of the newspaper when we received a phone call to say that the workers had won the court case – the newspaper would be appearing the next day!

When we arrived at the new offices of the newspaper, morale was very high, having won the court case and preparing to publish the next issue of the paper, which would have an even higher print run than the first. I discussed with many of the different workers, including technical staff and journalists. The significance of this struggle is that in continuing the newspaper themselves, they are demonstrating the power of the workers. Their demand is for their owed wages to be paid and for the newspaper to be re-run. I agreed to publcise this struggle, carrying out some video interviews and collecting contact details for the international media. Their struggle has already attracted quite a lot of interantional support, with support from the International Federation of Journalists and many branches of trade unions. More information will shortly be available on the blog being launched www.erganet.wordpress.gr

After that inspiring experience, the last event of the trip was an open branch meeting in the evening of Xekinima, with our members and others who participated in the occupation of the Ministry of Health. It had been decided at the assembly on Thursday to finish the assembly and to continue the struggle in different forms. This branch meeting featured both a review of the mental health workers’ struggle so far and a broader political discussion about the crisis in Europe.

This was a good way to finish my trip, with both an assessment of the current struggle and a broader look at where the struggle is going. The immediate struggles are generally in decline after the passing of the second memorandum. However, the resentment and anger that has been stored up as a result of the savage attacks implemented by the Troika and the government is not dissipating. It is resulting in a collapse of the political parties associated with it – both PASOK and New Democracy and a rise in support for the ideas and parties of the Left.

Within this crisis, there is an historic opportunity to strike a blow against austerity, the Troika and capitalism across Europe. This would be a blow in the interests of working people across Europe and for a Europe for the millions, not the millionaires. It is in all of our interests to provide real solidarity to these workers who are fighting back and attempt to build common protest action, building towards common industrial action across Europe. 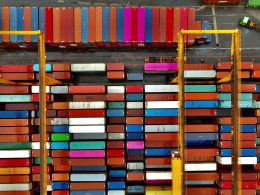 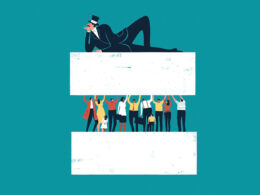