Talk of eurobonds won’t be sufficient to stave off crisis

Talk of eurobonds won’t be sufficient to stave off crisis

Once again, the pace of the eurozone crisis has quickened. All of the fire-fighting measures of the European establishment have proved insufficient and the basic contradiction within the eurozone has come to the fore. Instead of convergence, divergence between the weaker and stronger economies has been the norm within the currency union.

Default for Greece is inevitable. Despite the 21 July deal, Greek debt will still rise to over 140% of GDP – a completely unsustainable level of debt, particularly in the context of a collapsing economy. Greece’s expulsion from the euro may well flow from that.

The impact of a Greek default and in particular a Greek expulsion from the euro would have reverberations across the continent. The focal point of pressure from the markets would quickly shift to Ireland, Spain and Portugal. Ireland’s situation remains unsustainable, despite the reduction of interest rate as a result of the Greek crisis.

Commission President Barosso’s raising of the question of eurobonds in the European Parliament yesterday is simply an attempt to talk away the crisis. It will not succeed. Eurobonds to the full extent of countries’ debts are clearly not acceptable to the establishment in Germany and other northern European countries.

A new policy is needed in Ireland to replace the slavish adherence to the neo-liberal programme of the EU/IMF/ECB. Austerity has been proven definitively to fail in Greece. Working people across Europe must stand together to reject austerity policies and demand that the debt to the bankers and bondholders is not paid. Instead, we need investment to create jobs and a democratic plan based on public ownership of the key sectors of the economy to redevelop growth. 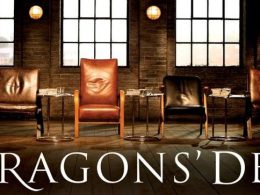 By Tim Heffernan Somewhere along the line, we’ve all heard these arguments in favour of capitalism: progress is…
bySocialist Party

Following an appeal signed by 16 MEPs from the Left Group in the European Parliament (GUE/NGL), this week (21 to 26 June) has been designated as a "Week of Protest & Solidarity" across Europe - in opposition to the attacks on working people across Europe and in solidarity with the struggle in Greece.