Lillis was jailed for life on explosive charges in 1977. In 1993 he was released on license. In 2009 he was arrested on a robbery charge, his license was revoked and he was returned to prison. He has been deemed as not fit to stand trial and hence has not been convicted on the robbery charge. It does not appear that the alleged robbery was connected in any way with paramilitarism – it appears to have been for personal gain.

Lillis is now age 59 and suffers from a very severe form of arthritis called ankylosing spondylitis or AS. Some people with this condition do reasonably well but in other cases the entire spine fuses and the person can move very little. Whilst AS is not usually fatal, it sometimes is when certain rare complications develop. Mr Lillis does appear to have a severe form of AS and it is reported that he has been confined to bed for fourteen months. He has developed various complications and his weight has dropped to only six stone.

Clearly he represents no threat and he should be released immediately on humanitarian grounds. Paul Murphy, Socialist Party MEP for Dublin, has already called for his release.

Even though Mr Lillis’s case has nothing to do with dissident republicans, Justice Minister David Ford and the state are nervous of appearing to give in to demands of release of prisoners at a time when there is a clear strategy to clamp down hard on dissident groups who are also involved in a long-running prison protests.

Other ex-life prisoners have also had their licenses revoked and have been returned to prison indefinitely. The most high profile case is that of Marian Price. She was released from prison almost thirty years ago after a long hunger strike and force-feeding which seriously damaged her health. She is a member of the 32 County Sovereignty Movement and was re-imprisoned after holding a piece of paper at a commemoration in Derry so that a masked Real IRA member could read a statement.

The Socialist Party is totally opposed to the activities of all the dissident republican paramilitary groupings. Their attacks do nothing to forward the interests of working class people and deepen division and increase sectarian tension. They should call off their campaigns immediately.

The Socialist Party is consistent in its positions. We opposed the campaign of the Provisional IRA from day one. We pointed out that its campaign would not succeed in its stated aims and that it would only increase the division in the working class. History has proven this argument to be correct. Whilst opposing the paramilitary campaigns we also opposed the repressive measures of the state throughout the last forty years.

We take up issues of repression on a class basis, rather than in a one-sided way reflecting the views of one or other community alone. Repressive measures that are used against unrepresentative and sectarian groups today will be used against united movements of the working class tomorrow. As internment and Bloody Sunday proved, state repression can also be counter-productive and lead to increased support for paramilitary groups. It is in the interests of socialist and trade union activists to oppose such measures both on humanitarian grounds and in the interests of the working class as a whole.

Why is the HSE costing a daytime-only A&E at Blanchardstown Hospital? 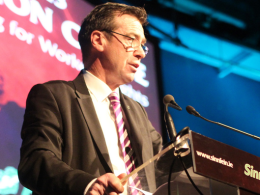 “We publish below an article originally printed in the northern March edition of The Socialist newspaper. Recent comments…
bySocialist Party
Read More

Thirty eight people died and over 70 were badly injured when two bombs exploded on the Moscow metro during yesterday’s morning rush hour. This is not just a tragedy in which working people died, but an act intended to terrify people, an act which will have serious social and political consequences. 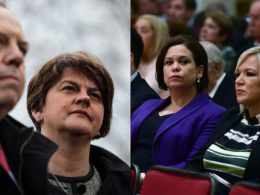