There was a real sense of purpose as many who attended were seasoned activists who understand the working class face big battles ahead and the unions will play a key role in these struggles. Also attending were newer activists involved in the recent struggles particularly in the public sector. What united all was the collective understanding that governments and employers austerity plans have been implemented so far not because workers weren’t prepared to struggle but due to continual sell outs by many of the trade union leaderships.

Activists had more than one story to tell about how union members are being treated with distain by their leaderships or officialdoms. Representatives from the construction unions were particularly bitter regarding the acceptance of a 7.5% pay cut by the unions leaders, without even a members ballot. These stories painted a common picture of union leaders unwilling to defend the interests of the members.

Contributions from ASTI and CPSU members explained how they were building an oppostion within their unions. In the CPSU, the Activist Group has played a crucial role in keeping the union out of the “Croke Park” deal, and campaign for a democratic fighting union. Activists from the teacher’s union, ASTI reported on the successful launch of an activist group called “Fightback” in their ranks.

The Forum agreed that national network of trade union activists should be built and formally launched at a conference in September. There was a general agreement that this network would encourage the development of broad left activist groups in each trade union. Importantly the meeting also agreed that that this group must offer an alternative to the IMF/EU bailout and fight in each union campaign for democratically accountable leaderships based on struggle to defend their members.

The Socialist Party believes that a trade union activists network can play a vital role in the next period in organising solidarity action in support of workers in struggle. As well as Campaigning for struggles and strikes to oppose the bosses and the government’s attacks. If a network can be successfully built it can challenge the pro-market concensus that dominates the leading bodies of the ICTU and give a credible alternative to the thousands of union members seeking a way to fight back.

"It really beggars belief that trade union leaders would have the brazenness to propose to low and middle income public sector workers that they should agree, not just an acceptance of the savage wage cuts already meted out, but ‘revolutionary’ measures that can have a further devastating effect on the incomes and working conditions of those workers. 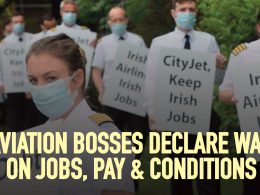 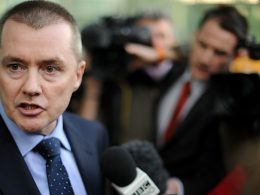