This is alongside preparations for a new property tax and a water tax. Despite all the confusion and denial from government on this issue, it’s clear that no matter what they end up calling it, a new tax connected to the home is imminent.

Yet another broken promise! Before the election, Fine Gael said there would be no water tax without meters, while Labour said that there would be no water tax at all! Clearly they think that they can bulldoze their way to imposing a raft of new stealth charges and squeeze yet another pound of flesh from ordinary workers and our families, while they continue to line the pockets of unsecured bondholders.

Let them take note – they are not going to get away with this. In the mid-1990s, the Socialist Party was to the forefront of mass campaigns of civil disobedience that made the water charges uncollectable and forced the government to abolish them. Similar campaigns of people power made the Poll Tax uncollectable and led to the downfall of Margaret Thatcher. The catch-call of that campaign was “Can’t Pay! Won’t Pay!” and there is no doubt this new charge will be met with a similar opposition.

Attendees to the €420 per head inaugural Water Metering Summit in Croke Park on 31 May were met with a lively and determined protest of United Left Alliance and No Water Tax activists to let them know that they will be met by a mass campaign of civil disobedience on this issue. The conference was organised with the backing of the likes of Celtic Anglian Water and addressed by no less than the Minister for the Environment himself. You could almost see the dollar signs lit up in the eyes of engineers from companies hoping to win contracts for installing water meters in approximately 1.2 million homes, at an estimated cost to the state of €600 million.

Many of those in attendance are already sniffing around Ireland’s water and waste water systems, with a proliferation of “Design, Build and Operate” contracts being awarded to public private partnerships, despite costing the state more in the long run. Workers from local authorities who presently run the state’s water supply met with United Left Alliance TDs last month to express their opposition to a speeding up of this process.

It is clear that the introduction of meters has nothing to do with efforts to conserve water but rather to try and individualise the supply, ultimately making it easier to privatise. Combined with the intention to set up Irish Water, it is clear that there are powerful vested interests pushing in this direction.

We will not allow an environmental cover to be used to hide what is in reality an attempt to extort extra taxation. With over 60% leakage of the public water supply in some areas, it is a joke to spend money on meters, which simply measure rather than modify the supply. If they were serious about addressing water conservation, then they should invest in a massive programme to repair the water network, and a grant scheme to retrofit homes with water saving devices.

Historic task of the ULA

Joining the Socialist Party was an easy decision for me to make. Faced with the same bleak reality as countless others around me - mass unemployment, cuts to education, graduates unable to find employment, and imprisoned in the precarious position of surviving off of one hundred euro a week - I decided to draw a line in the sand. 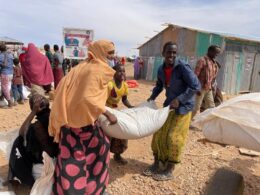 By Per Olsson, Rattvisepartiet Socialisterna (our sister organisation in Sweden) After the 2011 famine in Somalia, the world’s…
bySocialist Party

“There’s a storm coming”, Selina Kyle (Anne Hathaway) warns billionaire Bruce Wayne (Christian Bale) in “The Dark Knight Rises”. “You and your friends better batten down the hatches, cause when it hits, you're all going to wonder how you ever thought you could live so large, and leave so little for the rest of us."