On the doorsteps and in the media, it was the economic and social issues that were top of the agenda for ordinary people. However, there was no real debate on these issues among the main parties. The campaign was extremely lacklustre, failing to get even political commentators excited. All the main parties are signed up to the cuts agenda and could score few political points against each other on these questions.

Instead, the DUP and Sinn Féin congratulated themselves on getting through a four-year term in power together, the first uninterrupted term since the Assembly was established. They backed each other up against their political rivals and avoided the issues where they do differ. Robinson and Martin McGuinness used the killing of Constable Ronan Kerr to posture as statesmen. They posed as the parties who could “do business”. At the leaders’ debate, BBC presenter Mark Carruthers went as far as to suggest McGuinness should call on his party’s supporters to transfer to the DUP!

However, both parties also used sectarian tactics to mobilise their vote. The DUP played up the possibility of Sinn Féin taking the position of First Minister. This would have been a major blow for Unionism. In West Belfast, Sinn Féin warned that 87 votes had allowed the DUP to take an Assembly seat there in 2003.

The UUP and SDLP attempted to cut themselves out as being an opposition to the DUP and Sinn Fein even though they participate in the Executive. Both opportunistically voted against the budget when it came before the Assembly, despite having voted for the draft budget which was fundamentally the same. They made calls for more money for health and education but gave no explanation of where the funding would come from. In reality, they meant funding should be cut from other departments.

They also complained that they were being frozen out of real participation in the Executive. Both argued that they stood for more transparent and efficient governance but this failed strike a chord with voters. The UUP had their usual round of in-fighting in the run-up to the election, sparked by rows over the Altnagelvin radiotherapy unit and candidate selection.

The results saw the consolidation of the DUP and Sinn Féin and the continued decline of the UUP and SDLP, a trend underway since the establishment of the Good Friday Agreement. This partly reflects the institutionalisation of sectarian division by the Good Friday Agreement. While paramilitary activity has decreased, sectarian division in working-class communities has deepened since the establishment of the Assembly.

The DUP’s share of the vote remained stable, although they managed to gain an extra 2 seats. Sinn Féin’s vote increased marginally, winning them an extra seat. This suggests that the momentum behind both has slowed, but they have consolidated themselves as the dominant parties.

The share of the vote for the UUP and SDLP dropped, each losing 2 seats. Alliance increased their vote – mopping up votes of disaffected UUP and SDLP supporters – and won an extra seat to take 8. Alliance played up their “non-sectarian” credentials, although they have also become the most openly right-wing of the main parties.

In Foyle, the SDLP’s lead over Sinn Féin narrowed dramatically. The UUP were hammered in the Belfast council elections, losing four of their seven seats. They were reduced to one Minister in the Executive. Discontent with the leaderships of Margaret Ritchie and Tom Elliot has developed and challenges are possible.

Traditional Unionist Voice has lost most of the momentum it had gained when it was founded in 2007. It took only 2.5% of the vote. In North Antrim, the party won 2,400 fewer votes than in the last Westminster elections. Jim Allister struggled to take the last seat. This reflects a lack of enthusiasm for the TUV’s bigotry at this point in time. But with no genuine opposition in the Assembly to the right-wing policies of the main parties, Allister is capable of exploiting more populist rhetoric which could after time change the TUV’s fortunes. This election also gave a glimpse of how extreme right-wing forces can develop in the coming period unless a mass left alternative develops. The BNP won 1,200 votes in the 3 constituencies they contested despite a limited campaign.

“A plague on all your houses”

The most significant outcome of the election however was the collapse in turnout to 54.5% – the lowest in the history of the state. This represented a 9% drop compared to the last Assembly elections in 2007. The drop was considerably greater in urban, working-class areas than in rural areas. 68% voted in Fermanagh – South Tyrone compared to 49% in North Belfast.

The DUP and Sinn Féin portrayed this as a step towards “normality”, with turnout becoming similar to that seen in Britain. Peter Robinson claimed people stayed at home because they were “content” with the status quo. Both these statements are entirely false.

The vast majority of those who did turnout to the polls voted along sectarian lines. But a significant layer of workers and young people are completely alienated by all the main parties. When the 200,000 people who are not registered to vote are included, only 47% of people bothered to vote! Correctly, they see all the main parties as corrupt representatives of the rich who have done nothing to alleviate the problems which are festering in working class communities. Seeing no credible, mass alternative posed, this layer generally stayed at home.

In this context, smaller parties were squeezed. The Green Party struggled to hold onto its seat in North Down. The PUP failed to win back the seat taken by Dawn Purvis. Brian Ervine has stated that the party is “no longer viable” and could be wound up in the near future.

The fact that the votes of groups on the Left increased, while still small, is positive. While there is huge anger at the cuts agenda of the main parties, for most workers the cuts have not yet become tangible. The Executive consciously postponed carrying out cuts for a period until after the election. If the election had taken place in a year or two later, with the cuts well underway, the context would have been much more favourable for the Left.

Eamonn McCann in Foyle and Gerry Carroll in West Belfast, both standing for People Before Profit received high votes. People Before Profit’s programme though was politically weak, going no further than reformist demands for taxing the rich. It failed to call for public ownership of the banks and major industry. Socialism was never mentioned as an alternative to the failed capitalist system.

PBP undoubtedly benefitted from a “left” republican vote. Eamonn McCann is seen as a republican by layers of workers due to his and the Socialist Workers Party’s past support for the IRA’s campaign and their call for votes for Sinn Fein in previous elections. In West Belfast, their vote was boosted by the 2,000 who turned out to vote for Eirigí (a sectarian group which split from Sinn Féin) in the local elections. PBP opted not to stand in the local elections in West Belfast, while Eirigi did not stand for the Assembly seat.

As well as the high vote for Eirigí in West Belfast, the Irish Republican Socialist Party almost took a council seat in Strabane. Significantly, Gary Donnelly of the 32 County Sovereignty Movement – linked to the Real IRA – secured 612 first preference votes in Derry’s Cityside ward – a warning to the workers movement that such groups can grow if a working class alternative is not built. These groups focused their campaigns mainly around the cuts, albeit wrapped up in republican rhetoric. Their votes reflect disillusionment with Sinn Féin on a class basis, but also the desire of a layer for a more stridently nationalist political voice. These groups are inherently sectarian and can play no role in uniting the working-class.

Now that the dust has settled from the elections, the empty promises of the politicians are meaningless. The Executive will now get down to the job of slashing jobs and services. The cuts will inevitably provoke struggle by workers and young people. There are already stirrings of movement in the trade unions.

The struggles ahead will forge unity between working class communities, challenge sectarian politics and will organically lay the basis for a new, mass party of the working class in the North. The Socialist Party believes this would be an historic step forward and will continue to fight for this demand in the coming battles against the cuts. 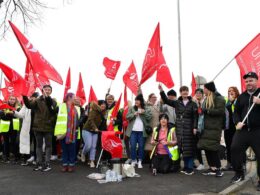 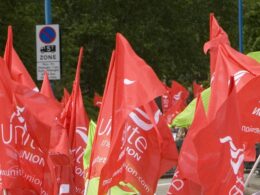