The “What’s Left” survey published by the Irish League of Credit Unions makes for grim reading. Even a glance at the figures presented by this nationwide survey of 1,000 people blows apart any hope or illusions that people are coping with this crisis or optimistic about the future.

The “What’s Left” survey published by the Irish League of Credit Unions makes for grim reading. Even a glance at the figures presented by this nationwide survey of 1,000 people blows apart any hope or illusions that people are coping with this crisis or optimistic about the future.

From the findings it is estimated that 90,000 workers no longer make enough to cover their essential bills. After pay cuts, the pension levy for public sector workers and the universal social charge these people are no longer able to make ends meet. Every month is pushing them further into debt. This is affecting workers in both public and private sectors and of all ages, however, 50% of respondents to this survey are between 25 and 44 years old – encompassing those most likely to be affected by negative equity.

A further 21% of respondents indicated they had 1-5% of their income left after paying essential bills. Estimated on a population wide basis, this means that 735,000 adults in Ireland currently have less than €70 a month left after paying their essential bills. These are horrifying figures but no doubt the political and business establishment will see this as another €70 they can take off people! Another 665,000 have €50 a week left after their essential bills are paid, which surely this disappear quickly on school trips or clothes for their kids, repairs for home or car or some socialising. Over all, this means that 1.2 million adults have less than 5% of their income “left over” after essential bills are paid.

The majority of respondents, or an estimated 880,000 adults in Ireland are scared of not being able to cope if there are further attacks on their income in the form of cuts to social welfare or increased taxes on ordinary people. Yet, this is precisely what is on the agenda. Already the ground is being prepared in the media by Minister Joan Burton and others for cuts to social welfare payments and further pay cuts in the public sector. Water charges and property taxes are also planned. This survey shows that the campaign slogan “can’t pay – won’t pay” has never been truer for so many people.

In a further indictment of the system and of how this country has been run, 36% of respondents to the credit union survey said that they did not see a future for themselves or their families in Ireland. On the basis of capitalism there is no decent future for ordinary people in Ireland but also not abroad. While we continue to slash wages and living standard of ordinary people while the rich hoard their wealth and refuse to invest we will have fewer and fewer jobs and ever increasing poverty. Only on the basis of democratic control over the wealth by the majority of people and a socialist planned economy can we end this insanity and have an economy that provides for people’s needs. 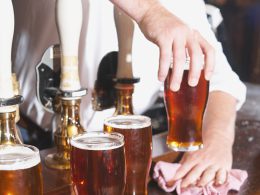 Bye election shows that Labour is on the ropes

History repeats itself for the Labour Party in the Meath East Bye Election 2013. Just under thirty years ago the Labour Party was humiliated in a Bye election in the Dublin Central constituency against a political background uncannily reminiscent to the present day. The vacancy was occasioned by the sudden death of former Fianna Fail Minister, George Colley.