He was jailed for his opposition to bin charges. As Cork co-ordinator of the Campaign for a Real Public Health Service he has led large protests against A&E cuts at the Mercy Hospital and the threat to close the Orthopaedic   Hospital. Mick also led opposition in Cork North Central to both Lisbon     referenda.

Mick Barry has provided a socialist opposition to the Fianna Fail/ Fine Gael/Labour pact on Cork City Council since his election in 2004.  If elected, Mick will be part of a strong bloc of United Left Alliance TDs in the next Dail. 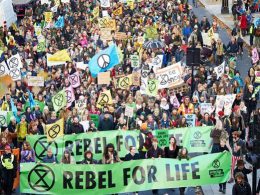 Another €15 billion in cuts and tax increases will just make this disaster even worse. ICTU says the “National Recovery Programme” will cause another 90,000 job losses. A deflationary programme of nearly €30 billion cuts/tax hikes over six years will guarantee mass unemployment and mass emigration for years to come.