Four months on, more and more establishment voices are beginning to entertain the notion that he may have been correct.

Despite the massive cuts programme being implemented by the government, the price of borrowing by the Irish state continues to rise.  The “markets” demand a heavier price despite the government’s “market-friendly” policies.

This was seen in August when Irish ten-year government bonds reached a spread of 352 basis points over similar German bonds  –  the highest seen at any time since 1991.

The state now pays 5.58% on these bonds, more than Greece pays for her debt in the wake of the EU/IMF bailout.

The Standard and Poor’s debt rating downgrade simply reflects the view that there is an increased risk that Ireland will not be able to meet its liabilities.
Alan McQuaid of Bloxham Stockbrokers said last month:  “You wonder if Ireland is going down the same route as Greece.  The country is haemorrhaging money at an alarming rate.”

Matt Cooper wrote in the Sunday Times:  “We seem to have got something of a raw deal:  public spending has been slashed, the cost of borrowing is going up, and so too is unemployment.  The cost will be met by this and future generations.  The width of the chasm in the public finances remains so enormous it is difficult to see how cutting current spending and increasing taxes further will do anything other than send the economy into another tail spin.”

Since then, NAMA’s writedowns for property development loans and the surging cost of the Anglo bailout, now estimated by some observers at potentially €40 billion+, point to the situation being even more serious than that.

It is probably too soon to say that bankruptcy for the Irish state is an inevitability but equally a Greek-style debt crisis here even before Christmas can by no means be ruled out. Socialists need to be very watchful of these developments and fully appreciate all the potential implications.

The lessons for the working class movement from recent developments are clear.  The massive cuts and tax increases are not being ploughed into an economic recovery.  They are being ploughed into a black hole to feed the banks and the insatiable greed of the “markets”.  The movement must reject all cuts and tax increases and deals such as the Croke Park agreement which facilitate them.  A struggle must be launched against the economic policy of the ruling class and a campaign to replace the “market economy” with a democratic, socialist system must be launched and vigorously pursued.

“First prize in Ireland for hypocrisy goes to the government for its response to the downgrading of Ireland's credit rating."

Join the Socialist Party in your college

Albert Einstein once defined insanity as doing the same thing over and over again and expecting different results each time. In the last three years successive budgets have resulted in €20 billion being taken out of the Irish economy through austerity and have drastically worsened the present economic crisis. 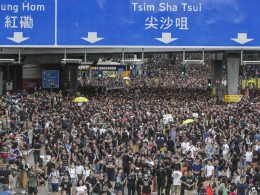