Bank bailout – Giving away your future

“It’s the classic fairytale gone bad. A brave little country was given three wishes: low interest rates, high wages and billions in multinational investment. For a brief moment in time, for the first time in its history, Ireland was wealthy and had the respect of the world. Then it threw it all away. And that’s why they call it Namageddon.” – The Wall Street Journal.

“It’s the classic fairytale gone bad. A brave little country was given three wishes: low interest rates, high wages and billions in multinational investment. For a brief moment in time, for the first time in its history, Ireland was wealthy and had the respect of the world. Then it threw it all away. And that’s why they call it Namageddon.” – The Wall Street Journal.

Brian Lenihan said in the Dail on 31 March that the latest bail out of the banks would be the “once and for all” solution to the banking crisis. His pronouncement should have been made the following day as it was April’s Fools Day. NAMA and the bank bailout must constitute one of the biggest robberies in the history of capitalism, anywhere.

We were supposed to be happy because NAMA was paying less taxpayers-money for the banks bad debts than had been previously stated. But because in September 2008 the government guaranteed the banks with taxpayers-cash, we have to fill the gap in the banks income as a result of the NAMA discount in any case, through a truly enormous recapitalisation. Forget about NAMA, the cost of recapitalisation is now over €40 billion and counting.

The debts of the banks are much worse than the bankers and the government had said and it is their intention to foot the bill by deeper cuts in public services and pay than those already outlined in their brutal austerity programme started last December.

They are preparing to destroy the lives of millions and impose poverty conditions on future generations, just so Irish and foreign speculators and tycoons get their pound of flesh. Their arrogant disregard is preparing the ground for a social explosion of anger of workers and young people that will change Ireland for ever.

The bailing out of the banks will mean that the Irish government will have to go again to the international financial markets and borrow more. As the debt is increasing, so too will the repayments and the interest rates and all these will act as a closing vice grip crushing the states financial position. Resources that are desperately needed by working class people or which could be used for proper investment in economic development will instead just go into the back pockets of the super rich.

What do the taxpayers who are bailing out the banks get in return? Higher interest rate charges on their mortgages or loans have been announced by the major banks. This is a sick example of paying up twice, for nothing. These interest rate increases will cause real hardship and are likely to further undermine the economy in another instance of the insanity of capitalism.

Anglo Irish Bank has already been given over €12 billion, almost the equivalent of the budget for the whole health system. This was the most parasitic of the banks. But they were all at it. The Bank of Ireland, whose share price has shot up in the last days, took 221 years to build up a portfolio worth €100 billion. But it took them just 4 years to add another €100 billion at the height of the profiteering bubble. In the middle of the bad news, Brian Lenihan got in the statement that Anglo might have to be given an additional €10 billion. Incredibly, the following day Alan Dukes said Anglo may need even more than that.

TINA, There Is No Alternative, was the slogan coined by Margaret Thatcher for her programme of enriching big business at the expense of working class people. The same type of policies, imposed by Reagan in the US and internationally, laid the basis for unprecedented profiteering that has caused the current global capitalist crisis. The same mantra is now being repeated in regard to the bank bailout and NAMA and likewise, it will only make the situation worse.
We are meant to accept this policy because “we are where we are”, because it flows from the bank guarantee that was given, because its what the markets want etc. At every point in the crisis bad decisions have been made from the point of view of ordinary people. Of course, there was no regulation of banking. Then in a crisis, even though they were clueless as to the actual debts, the government guaranteed all the banks, including Anglo, even though it only had only a peripheral significance to the real economy and the lives of ordinary people.

The idea that all debts must be paid, which is the underlying argument for the bailout and for the pumping of huge sums into Anglo in particular, is false. Capitalism is meant to be all about the risk, that’s what is meant to drive the entrepreneurial spirit and economic progress. This bailout just shows what a joke that idea is. The land owners, the builders, the Irish banks and their international creditors are all up to their necks in it. They amassed huge personal fortunes when things were in the up, now they want to save themselves of the risk by socialising the losses.
The first tranche of debts transferred to NAMA, originally for €16 billion related to transactions involving less than ten builders! When the government says we need to do this because of the international markets, they likewise are talking about a relatively small group of billionaire tycoons, who have no regard to the common good but only care about their own short term profitability.

The crisis in the Irish economy is going to get worse and that will further hit the banks and make the bank losses even worse. Far from stopping bankruptcy, that is were things are headed. In many ways, the crisis in Ireland is worse than any of the other original EU states. It is likely that in wanting to maximise their profits, these “international markets will cause the bankruptcy of the state.

Sometimes it feels like you need to pinch yourself. But this is the real world and Fianna Fail and the Greens have just sold your future and are condemning future generations to poverty through this bailout. Whatever world the trade union leaders live in is anyones guess. Incredibly, at exactly the same time as the government is imposing this historic robbery, the union leaders are trying to sell a deal that is based on the lies that this government can be trusted and that their policies will revive the economy.

Instead, the banks should all be nationalised, without any obligation to repay creditors. In Ireland and internationally, the banks should be run under the democratic control and management of working people and their resources should be used as part of a planned use of economic wealth for need not profit. The bailouts and the destruction of living standards can be resisted, and they will be resisted.

Public service deal - Why you need to Vote No

The Greek bailout 2.0 has averted a default, for the moment. The new fiscal pact is a straitjacket that will aggravate Europe’s austerity-induced recession. Ireland’s referendum threatens to shake the EU and the eurozone. There is growing discord among EU leaders. Far from over, workers’ struggles against capitalist austerity will erupt on an even bigger scale. 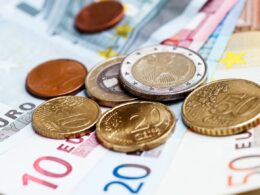 By Jonathan Diebold “Young workers in Ireland are financially worse off than their parents. Workers in their 20s…
bySocialist Party
Read More

Anglo losses mount up… Let the speculators take their losses!