It seems that open season has been declared in the Green Party, open season to grab and lust for office and privilege.
Brian Cowen must be looking sideways with disbelief at the pantomime that is unfolding, perhaps ruing the coalition partners that Bertie Ahern bequeathed to him. Having supposedly got over the biggest obstacles like Lisbon and the Budget, his government boat is now looking decidedly shaky as unsettled Greens are climbing over each other.
The current spectacle about rotation of Ministers, regardless of the spin about concern for democratic accountability and keeping politicians connected to the people, shows how rotten the Green Party has become. It doesn’t seem there is any disenchantment in the party with the rotten policies that the Greens and Fianna Fail are imposing. Quite the opposite, they all want the trappings of office. Probably believing the rhetoric that there will be an economic recovery, the ambitious are eyeing the prospects of being Ministers for years to come.
With the Greens who can tell where it will end up? What is clear is that not all will get what they want. Some may leave, others may stay to snipe, attack and undermine the party, as Deirdre deBurca has. And who knows, in a fit of pique, what dirt could be brought to light. Clearly the Greens want to be in power but ironically this unprincipled manoeuvring is now actually threatening the stability of the government.
That Minister Willie, sorry ex-Minister for Defence, Willie O’Dea, may have ultimately been taken out in the cross-fire and shaping going on in the Greens, particularly Dan Boyle’s twitter intervention, is the only aspect of recent events that may cause some limited light relief.
Garda are being linked to both the resignations of Willie O’Dea and Trevor Sargent. The O’Dea case showed the close relationship between the Gardai and Fianna Fail. If such close relations turn out to be a factor in why a Garda released the letters that forced Trevor Sargent’s resignation, then it would be curtains for this whole government.
But political corruption and manoeuvring are what’s above the water line. What is really likely to undo this government is what’s lurking beneath, principally the prospects of a new banking crisis and a worsening economic crisis, instead of the much heralded recovery.
The government has clearly said that the recovery will start this year. However, their estimations on everything have been wrong. The bank losses are much worse than they expected. That will mean a much bigger bail-out from taxpayers and the government and the EU will insist that is paid for by even more draconian cuts in the public services.
Already the cuts are undermining the economy and the market. Investment is continuing to collapse, expected to be down a further 17% this year. Banks and others are pulling out of Ireland. Like in Greece, a new programme of austerity measures is on the cards, possibly even before the budget in December is due.
When it becomes clear that the policies of this government have actually made the crisis worse, they will face a new crisis of credibility, as the anger that exists gets reignited, possibly creating the basis for the kind of struggles and movements that have rocked Greece in the last weeks, notwithstanding the dreadful role that the trade unions are playing.
In a general election every poll indicates that this government would be hammered from office. The problem for working class people is that the election, of Fine Gael and Labour will just see a continuation of the same policies.
The Socialist Party is campaigning for the establishment of a new mass party to represent the working class majority and to fight for socialist policies which are the only way to overcome this crisis. In the conditions of crisis and struggle, such a party could get huge echo and provide a real alternative to the capitalist and corrupt policies of all the parties in the Dail. 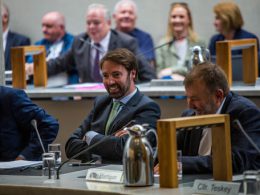 By Steph Lacey It has been revealed that misogynistic, sexist, and threatening WhatsApp messages have been exchanged between…
bySocialist Party
74 shares
74
0
0 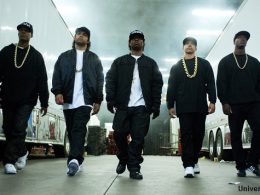