The costs of the Montreal Olympics, in 1976, are a stark reminder of the huge expense involved. Before those games, Montreal’s mayor, Jean Drapeau, stated that “the Olympics can no more have a deficit than a man can have a baby”, but the games cost the city one billion dollars and the debt for the games was only paid off in 2006 – 30 years later!

People in Vancouver were assured the games would not result in a huge debt burden, but it is now looking less likely. The City of Vancouver carried out major cuts to services this year, while spending an unknown sum on the Olympics. The city has not produced figures on its expenditure, but it is certainly several tens of millions of Canadian dollars. The province of British Colombia (BC) also has fired workers, cutting funding for schools and libraries, and art funding has almost been abolished, with cuts of over 90%. The federal government of Canada is also cutting services while pouring money into the Olympics.

One of the major expenditures concerns security. When Vancouver was awarded the games, the cost of security was estimated $175 million, now it is (C) $ 900 million, a 5-fold increase. There are 25,000 people involved with security for the games. Worryingly, the police put terrorists, protestors and homeless people in the same sentence when talking about the issues they may have to deal with. Be prepared for aggressive behaviour from the police, at some stage of the Games. Already they have planted undercover agents among protesters.

There has been construction but one of the biggest costs was upgrading the one road that connects Whistler to Vancouver. The road winds along the edge of the water, with towering mountains on the other side. There is a railway line along this route but the province decided to spend at least $600 million (probably an under-estimate) and damaged key environmental areas, to widen the highway. The construction involved blasting mountainsides of granite. The railway line has had no investment and is still only used for freight – what a missed opportunity! Around Vancouver, roads are closed, transport is disrupted, stores are facing inconvenience, and people are being warned to expect long delays waiting for buses as Olympic traffic takes priority.

The weather this winter has been mild – maybe an impact of climate changes – and there is very little snow on the nearby mountains for some of the Olympic competitions. The games organizers are using trucks and helicopters to bring in snow for the games!
The Olympic organizers have gone to great lengths to protect the commercial interest of the sponsors and for themselves. The Olympic motto is, ‘With glowing hearts’, a quote from the Canadian national anthem, and they registered it as a trademark. The City of Vancouver has introduced a by-law, claiming it is to protect Olympic sponsors, but it bans ‘illegal signage’, allows the authorities to remove posters from people’s homes, and restricts the right to hand out protest leaflets.

As resentment at the inconvenience and cost of the Olympics grows, the City of Vancouver gave its staff a120-page glossy handbook, with ‘guidance’ on how to behave during the Olympics. It had gems of advice, such as workers should wear socks that match the colour of their trousers, they should always smile gently, and they must not put their hands in their pockets or cross their arms. But, at the same time, some city staff are losing their jobs and all of Vancouver will have reduced services, as the city’s employees are busy on Olympic duties.

The Games will see some great athletic achievements. Canada may win some gold medals and there will be some good parties. But will it have been worth all the money, environmental damage and inconvenience?
No doubt, when the Olympics are over, the people of Vancouver, BC and Canada will have a huge bill to pay. There will be some new sports facilities and a new highway. But the same amount of money could have been much better spent improving sporting facilities and developing the economy and environment in a planned and integrated way. After it is all over, Vancouver will still have a big homeless problem; the environment will have taken a hit. London: get ready for 2012!

Joe Higgins call for Halifax to be taken into Public Ownership 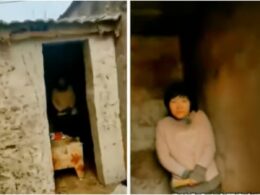 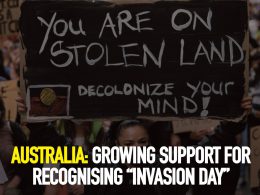