Clonmel has been hit by major floods in 2000, 2004, 2007, 2008 and now twice this year. The main reason Clonmel has seen such devastating floods in recent years is because the River Suir’s natural flood plains have been built upon.

Clonmel has been hit by major floods in 2000, 2004, 2007, 2008 and now twice this year. The main reason Clonmel has seen such devastating floods in recent years is because the River Suir’s natural flood plains have been built upon.

In the past the town centre was safe from rising water because large areas of land outside the town acted as a safety nozzle which would take the pressure off the river as it passed through the town. During the property boom these areas were developed and are now home to shopping centres, car showrooms, car parks, and supermarkets.  This has served to disrupt the natural course of the Suir and means that there is increased pressure on the section of the river in the town centre.

These developments have been widely acknowledged as one of the principle causes of the severe floods of recent years and yet there are currently planning applications under consideration for a number of hotels on another flood plain near Clonmel. Clearly for unscrupulous property developers it is not a question of learning from past mistakes if there’s a buck to be made, even it means the devastation of people’s lives and homes.

With the economic downturn these floods have been especially catastrophic for working class people. Suffering from pay cuts and job losses they simply cannot afford to repair the damage to their homes, and many affected businesses will simply let staff go to compensate. Insurance companies refuse to insure anyone close to the river, all the cost will be borne by the people living and working in the town.

A Flood Relief Scheme was unveiled last year and Phase 1 was completed in September of this year. The recent floods have shown that this has made little difference, if any, in preventing damage to property. The budget for the project was inadequate from the beginning and locals have watched funding for the remainder of the scheme become ever more precarious as the government looks to cut corners to make up its fiscal deficit. Phases 2 and 3 are projected to be finished by 2012, but even if they go ahead it is likely that many more people will have watched their homes destroyed by flood waters by then.

Funding needs to be provided to complete the Flood Relief Scheme as soon as possible and further investment is required to alleviate the damage done by the concretizing over of the Suir’s flood plains around Clonmel. The government have pumped in billions to save the developers and speculators responsible for this mess but offer hardly a trickle to help those who are suffering from the consequences of their greed.

The people of Clonmel need to have a say in how their town is to be defended. There needs to be a coordinated plan to ensure the necessary flood defence measures are in place before the river floods again and funding must be granted to flood victims without recourse to means testing.

Capitalism failed to deliver during the period of unprecedented boom in the early 2000s. Only public investment, under local democratic control, can guarantee the protection of the environment and that the interests of the ordinary working people of Clonmel will be provided for. 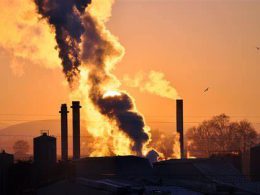