“HEALTH CUTS hurt the old, the sick and the handicapped” was the cynical slogan used by Fianna Fáil in the 1980s to get re-elected. On doing so in 1987 they went on a rampage of devastation in the health service. They are now prepared to do it again this time with the complicit support of the Green Party.

“HEALTH CUTS hurt the old, the sick and the handicapped” was the cynical slogan used by Fianna Fáil in the 1980s to get re-elected. On doing so in 1987 they went on a rampage of devastation in the health service. They are now prepared to do it again this time with the complicit support of the Green Party.

On foot of the McCarthy report, the next budget is likely to contain a series of cuts that will impact on ordinary people in a multitude of ways. However with €1.2 billion in health cuts likely, the budget will have a devastating effect on the health service. It will be thrown right back to the dark days of the 1980’s when successive governments involving the main establishment parties slashed and burned the service, cutting 3,000 beds across the country resulting in massive ward closures.

Despite the Celtic Tiger boom which resulted in a certain increase in health funding albeit from extremely low levels, the health service has never recovered from the cuts of the 1980s and many of the problems currently facing hospitals stem from that time.
The recent figures released showed that over 144,000 bed days were lost in the first half of 2009 graphically illustrate this point. A lack of beds is part of the problem, but so is the absence of step-down facilities for patients, mainly the elderly who are well enough to leave hospital but have no place to go and so remain in hospital unnecessarily taking up beds that could be used for other patients. This is one indictment of the lack of investment and progress over decades.

Minister for Health Mary Harney having stood over this shambles for the last seven years, recently asked the HSE to cut €800 million from their budget and has now asked for an additional cut of €400 million.

The decision of ICTU to call a mass protest on 6 November is a significant and important step for workers and their families in fighting back against this anti -worker government. The massive turnout at the frontline workers’ meetings of 1,000 in Cork and 1,500 in Sligo illustrates the massive anger among health staff and other “frontline” workers at the government attacks on their wages and conditions.

This anger must be built upon and linked to a mass campaign to stop this government’s attacks on workers’ jobs and conditions and kick them from office.

All those who have been victim of the government’s health cuts should organise and build to participate in this demonstration. 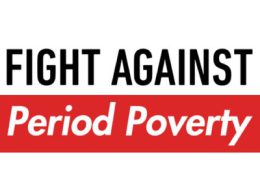