By voting to pass the Nama legislation, the Greens have effectively saddled young people with a debt of up to €54 billion – the costs of fees pale in comparison. Furthermore the majority of vicious education cuts already implemented at primary and secondary level remain intact.

It was widely reported in the media that USI (Union of Students of Ireland) officers assembled outside the Green special conference to lobby Green Party members to accept this deal – what a disgraceful position to take in light of the latter!

Despite the holding of the status quo, “free fees” itself is a myth. Students must pay a registration fee every year to attend a university or IT. Last year, this fee jumped from €900 to €1500, and further increases are expected this year.

Amazingly, this registration fee is higher than 75% countries who charge tuition fees: Germany charges €1000, Austria charges €726 and Luxembourg charges €200. Realistically, the situation is Ireland cannot be described as “free-fees”, rather “fee-paying” and or even “expensive fee-paying”.

There is also no provision in the new programme for government to stop registration fees being hiked up again in 2010. In effect, the registration fee has become a substitute for direct state investment – a reflection of the chronic under-funding of third level, even at the height of the Celtic Tiger. O’Keeffe’s thinking behind the introduction of full fees was to move towards a user-pays system, rather than one funded from central taxation, a move inherently linked to privatisation of education With the registration fee intact and set to rise further, this privatisation trend will continue.

On top of this, the third level sector is to be hit with a wave of cutbacks. Already, colleges have taken a 10% budget cut, a 3% staff cut and are subject to the public sector recruitment ban. An Bord Snip Nua proposed a further €270m of “savings” and estimates that staff numbers across the sector could be reduced by 2,000 in the medium term!

This will have a devastating effect on students, lecturers and administrative staff alike. Lecturers have taken hit of the pension levy and will be expected to teach more hours. The academic standard of the colleges will also be affected with increased class sizes and with programmes and services also facing the axe.

These cuts are only the beginning of an onslaught to pay for crisis in the economy. The stance taken by the Green Party is no victory for the fight for a genuinely free, quality, publicly funded education system, rather it is a massive step back. Students still need to get active against cuts, reg. fee hikes, and to get organised to develop genuine fighting and democratic students’ unions. Although full fees are off the agenda for the duration of this government, the threat will be back again particularly given that Fine Gael, Fianna Fail and the majority of university and IT heads around the country are all ideologically wedded to full fees and privatisation of education. 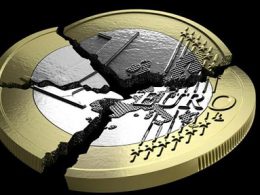 AFTER INITIALLY saying it would announce its plans in relation to college fees in April, the government has delayed the decision. The hated Fianna Fail and Green government want to minimise the amount of “bad news” in the run-up to the European and Local Elections. Young people will not be fooled by this approach. There is no doubt that fees are on the cards and that they will deny access to education for thousands of young people.