“We only want the earth” – The case for socialist change

Dean O’Donnell & Cillian Gillespie make the case for a democratic socialist society based on need, not profit

What type of economic system allows the 26 richest people to have as much as the 3.8 billion poorest?

Why is it that, despite decades of warnings from the science community, we appear headed toward climate catastrophe?

How do one in seven people go hungry while one third of all food produced goes to waste?

With each passing year capitalism’s inability to solve the horrors it creates becomes all the more apparent. War, famine, poverty, and extreme weather events are a reality for hundreds of millions the world over.

These are not accidental features of the system but follow the essential logic of placing the pursuit of profit before all else. The carnage and misery capitalism inevitably leaves in its wake are but collateral damage in ensuring the maintenance of a system that benefits a tiny minority.

Averting the disasters that lie before us will require not piecemeal reform, but a revolutionary socialist transformation of society.

The biggest indictment of capitalism is the direct threat it poses to our planet. From record-breaking temperatures to destructive hurricanes, the extreme weather events experienced in recent years illustrates that climate change is a reality here and now. In 2018 these have estimated to have cost the lives of 5,000 people while a further 29 million required some form of emergency aid.

Last year, the UN’s intergovernmental panel on climate change reported that we have 12 years to cap global warming at 1.5 degrees above pre-industrial levels and limit the more devastating effects that would come after crossing this line.

Young people are drawing conclusions that this requires system change. The ruling class, where it does not openly deny climate change, attempts to shift the problem on to the backs of workers and the poor be it through carbon taxes or empty moralising about personal responsibility. Yet the fact that just 100 companies have contributed more that 70% of CO2 emissions since 1988 demonstrates the inextricable connection between the capitalist mode of production and ecological degradation.

In reality, capitalism has always operated with a complete disregard for the environment. The rich biodiversity of nature is relegated to a mere means of generating profit. Overfishing, pollution of rivers and oceans and deforestation have since 1970 led to a reduction in the global wildlife population by a staggering 60%.

All of this points to why we should never expect the ruling class to embrace solutions required to tackle the climate crisis – for these also mean uprooting the very system upon which their existence depends.

Of course, why wouldn’t they defend an economic model that last year saw 200 billionaires increase their wealth by 12% at the same time as the poorest half of humanity’s share fell by 11%? Jeff Bezos, CEO of Amazon, was one such beneficiary. Now the world’s richest man, he makes more in 11 seconds than the lowest-earning Amazon employee does in a year while a mere 1% of his 121 billion net worth is equivalent to Ethiopia’s annual health budget.

The greed of the capitalist class knows no bounds as they go to every measure, legal or otherwise, to avoid paying taxes. Globally, the super-rich hide an estimated 7.6 trillion in offshore accounts.  In Ireland, successive neoliberal governments have actively encouraged tax-avoidance with meager corporation rates. Despite the fact that 1 in 5 children here are living below the poverty line, a housing crisis that’s left 10, 000 people homeless and a crumbling healthcare system, the FG/FF government would rather mollycoddle multinationals than properly fund public services.

With all of this in a supposed period of economic growth, it does not bode well for what might come in the next recession, already on the horizon. Nonetheless, although inequality has drastically increased since in the last number of decades we should have no illusions in a return to a fairer capitalism.

A programme to meet our needs

The Socialist Party stands for a €15-an-hour minimum wage, the building of public homes on public land, real rent controls that are reduced to affordable levels, free access to childcare, free public transport, the abolition of third-level fees and a national health service that is free at the point of use.

The question is where will the resources comes from to pay for these important reforms? Clearly the wealth exists in society to do so. We need to end Ireland’s status as a tax haven for the super-rich and big business. Corporation tax should be doubled and the massive tax breaks and sweetheart deals for companies like Apple, which owes the state €19 billion in unpaid tax, should be brought to end.

However, if our needs, and those of our planet, are to be met we must end the rule of a system that is driven by the brutal drive for profit. We need to end the private ownership of the wealth and resources of society by a small minority that the capitalist system is built on. The bosses will find ways through a “strike of capital” ie refusing to invest their money in the economy and taking it off shore to avoid measures that will cut across their ability to garner profits.

The capitalist class has acquired its vast fortunes through the exploitation of the collective labour of the working class over generations, it’s a system based on organised theft. It is we who produce the goods and services that are essential for this system to survive and thrive, not the so-called “masters of the universe”.

This is why Karl Marx wrote of the need to “expropriate the expropriators”, that being a need for a struggle by working class people to seize the resources owned by the ruling class. Concretely, this means a programme that involves taking the major financial institutions and companies that dominate the economy into public ownership under democratic workers control and management.

The boards of these companies would have democratically elected representatives from its workforce, from the broader working class and members of a socialist government. On this basis it would be possible to democratically plan the economy the cater for the needs of the majority.

Many capitalist economists rubbish the idea that it’s possible to plan something as complex as a modern economy. They ignore the reality that major and detailed planning by big business takes place all the time and also the existence of technology that makes such a task much easier – to monitor our consumption or potential consumption patterns, for example.

The ads that appear on your Facebook feed are there because companies are able to track which websites you visit or what you search on Google. Companies like Tescos decipher the data from ‘loyalty cards’ to determine what it is they need to order into their stores. In the early 2000s, US company Walmart utilised developments in modern technology to: “reduce the cost of transactions within the supply chain by providing daily scan-data to suppliers, creating a system in which items are rarely out of stock.”

Naturally, this planning is done in the interests of private profit, not human need.

Planning in a socialist economy, however, could determine what schools, hospitals and childcare facilities are needed to cater for our communities.

An internationally planned economy based on human need would rid our planet of the obscenity that is the global arms trade. Between 2001 and 2018, expenditure on this industry rose from $1.14 trillion to $1.8 trillion. It is shameful that these merchants of death have profited from the bloodshed and misery brought about by wars waged for power, profit and prestige in places like Afghanistan, the Middle East and North Africa.

A socialist world would be based on solidarity, compassion and co-operation. It would use its natural, technological and human resources for the benefit of all.

Housing crisis: An indictment of the capitalist market 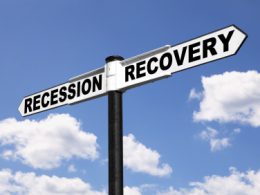 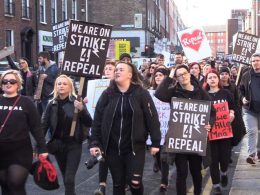 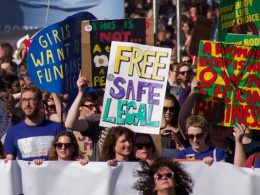 By Katia Hancke At the end of September over 10,000 people – young, vibrant, passionate and confident about…
bySocialist Party 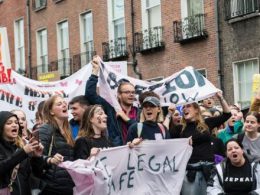