The O’Higgins Report into the allegations of Garda whistleblower Maurice McCabe has caused fresh controversy for the new Fine Gael government. The allegations, the attempted cover-up and how Maurice McCabe was treated has already resulted in the sacking of a Justice Minister, Alan Shatter, and the ‘resignation’ of a Garda Commissioner, Martin Callinan.

The Commission found that the majority of McCabe’s allegations were correct, it also exposed an internal Garda attempt to discredit him and a culture of silencing dissent.

In investigating McCabe’s evidence, it showed that Gardaí in the Bailieboro area had been incompetent and had a culture of not taking seriously crimes against women. The result being the murder of a woman by a man who had committed a serious assault on another woman and tried to abduct a child.

In other instances, cases of sexual assault on three women on a bus were not properly pursued. The female bus driver was offered a €150 meal voucher as compensation, while Gardaí claimed that they couldn’t investigate the two other assaults because the victims had not made a report – one had ran off the bus screaming – despite there being a whole host of witnesses. Shamefully this person was free to walk the streets!

After McCabe made his claims, the ranks of the Gardaí closed in against him, from the top down, and attempted to initiate a cover-up. He was bullied and an initial investigation actually tried to pin blame for mistakes which he had highlighted on him!

More seriously, evidence of a meeting between McCabe and two other Gardaí who were investigating his claims was to be presented to the Commission. This evidence would supposedly show that he had claimed he was driven by ‘malice’. However, McCabe had recorded the meeting and was able to prove that the two other Gardaí had fabricated these claims – they were trying to frame him in a cover-up.

The re-emergence of this issue has put a fresh spotlight on the role of the Gardaí and beyond that the state. The appointment of the new Commissioner, Noirín O’Sullivan, was presented as a fresh start. On the surface, O’Sullivan had made all the right noises – praising the whistleblowers and their courage in coming forward, but leaked documents showed her legal team had been instructed to attack McCabe’s credibility.

There have been calls for O’Sullivan to be sacked over her comments – but that poses a question – what is the point in sacking her if she is just going to be replaced by another figure from the establishment? If she has done anything wrong, yes she should be sacked, but it won’t fundamentally change anything – we have seen this with the replacing of Callinan with O’Sullivan.

The Gardaí are an arm of the state ultimately used to defend the interests of the capitalist class- the bankers, the developers and big business generally. The protests against the building of Shell’s refinery and pipeline in Mayo, the dawn raids on those who protested against Joan Burton in Jobstown and the protests against the installation of water metres are examples of where their role has been laid bare of defending the status quo in favour of the super-rich.

We need a police force that is under the democratic control of working class communities they work in. Elected community policing policy committees which are democratic bodies made up of people from the communities should be formed. Such committees could link up on a state wide basis and democratically decide how the resources of the Gardaí are used, by doing so we can have policing that is not directed in the interests of the super-rich elite. 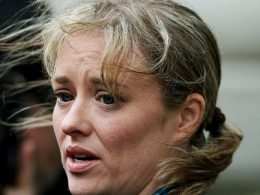 This afternoon Joe Higgins TD on behalf of the Socialist Party submitted an amendment to the Sinn Féin private members' motion on the death of Savita Halappanavar. 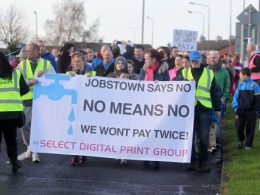